How to Protect Yourself Against Crypto Volatility with YouHodler 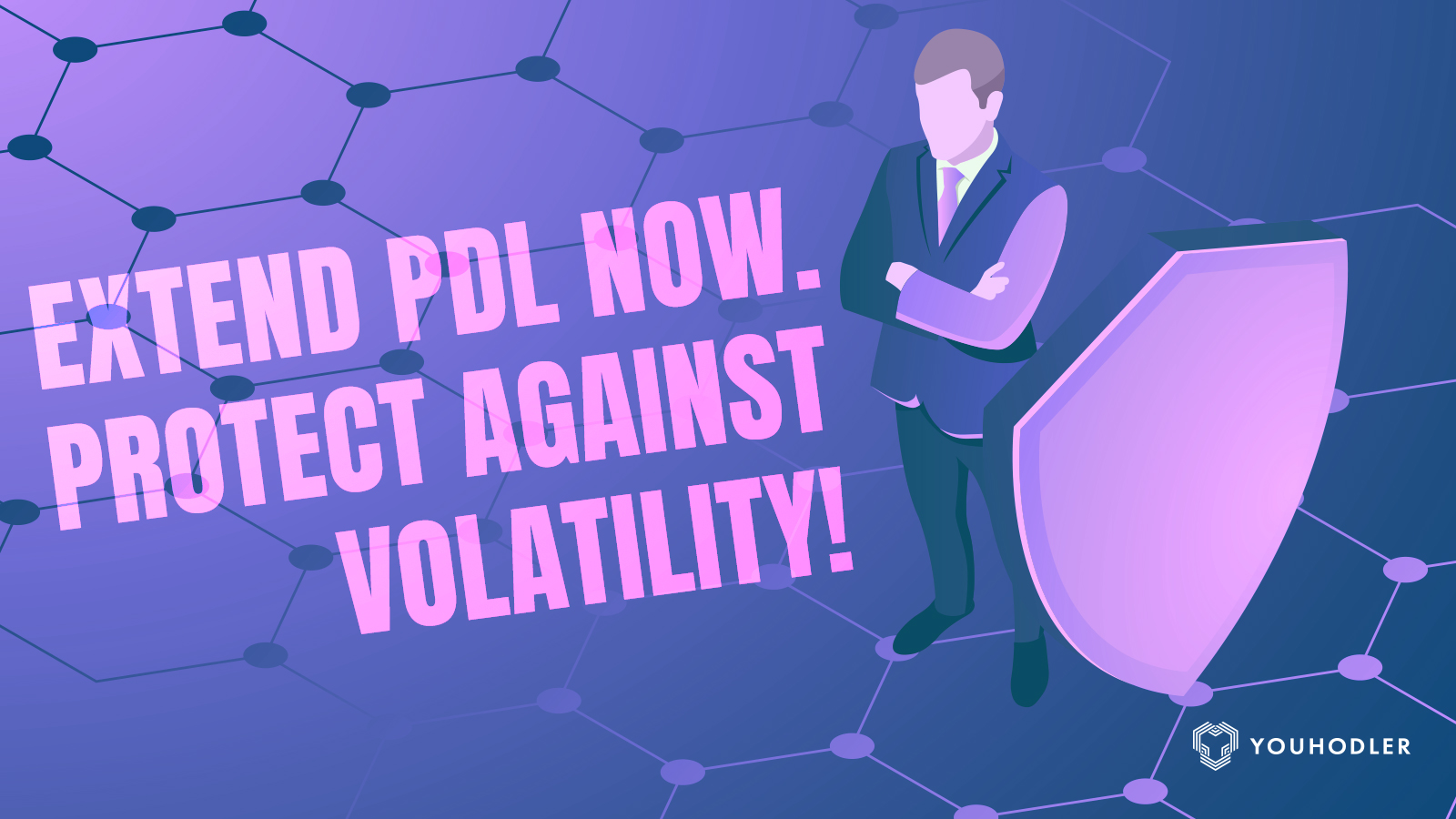 ‍As of today, YouHodler has a new feature that aims to improve the control its users have during market volatility. This feature lets users extend the price down limit on their opened loans. This, in turn, protects them from any sudden market volatility by allowing them to hold on to their collateral without having to sell. ‍

‍
What is price down limit (PDL) and how does PDL Extend work?

In the event of crypto market volatility, where the price of one’s collateral rapidly falls, YouHodler reserves the right to sell said collateral if it surpassed a certain level to prevent further losses. This level is called the price down limit (PDL).

However, this new feature lets users extend their PDL on an open loan to avoid this scenario and keep their crypto. Here’s how it works:

How to protect yourself from volatility

On July 29, 2019, the price of Bitcoin (BTC) quickly dropped to $9,120. After that, it jumped up over 3.5% and more, proving its volatile behavior is still present. In the the case BTC continues to drop past the PDL limit of an opened loan, users now have the chance to extend their PDL, keep their loan open, keep their crypto and keep HODLing.

Later, when the market is bullish, the user will profit from their collateral rising in value. YouHodler already offers some of the most competitive PDL levels in the industry but with the addition of this PDL extension feature, users now have an additional layer of control over their loans and security against market volatility.

Disclaimer: The “Extend PDL” feature and “Increase LTV” feature cannot be used at the same time on the same loan.

This newly-released PDL extension feature follows a busy month for YouHodler. July showed the FinTech platform release its brand new mobile app to the public, an automated “chain of loans” feature called Turbo Loans and increased loan flexibility with the ability to close and reopen loans whenever the user chooses.

It's worth trying! Forget selling your crypto with instant loans on YouHodler

If you would like to learn more about crypto backed loans and detailed steps on how to get one on YouHodler, please continue to the application. Start boosting your crypto portfolio now with YouHodler's lend, convert, buy or sell options.