LTC Halving Volatility: YouHodler Has Your Back 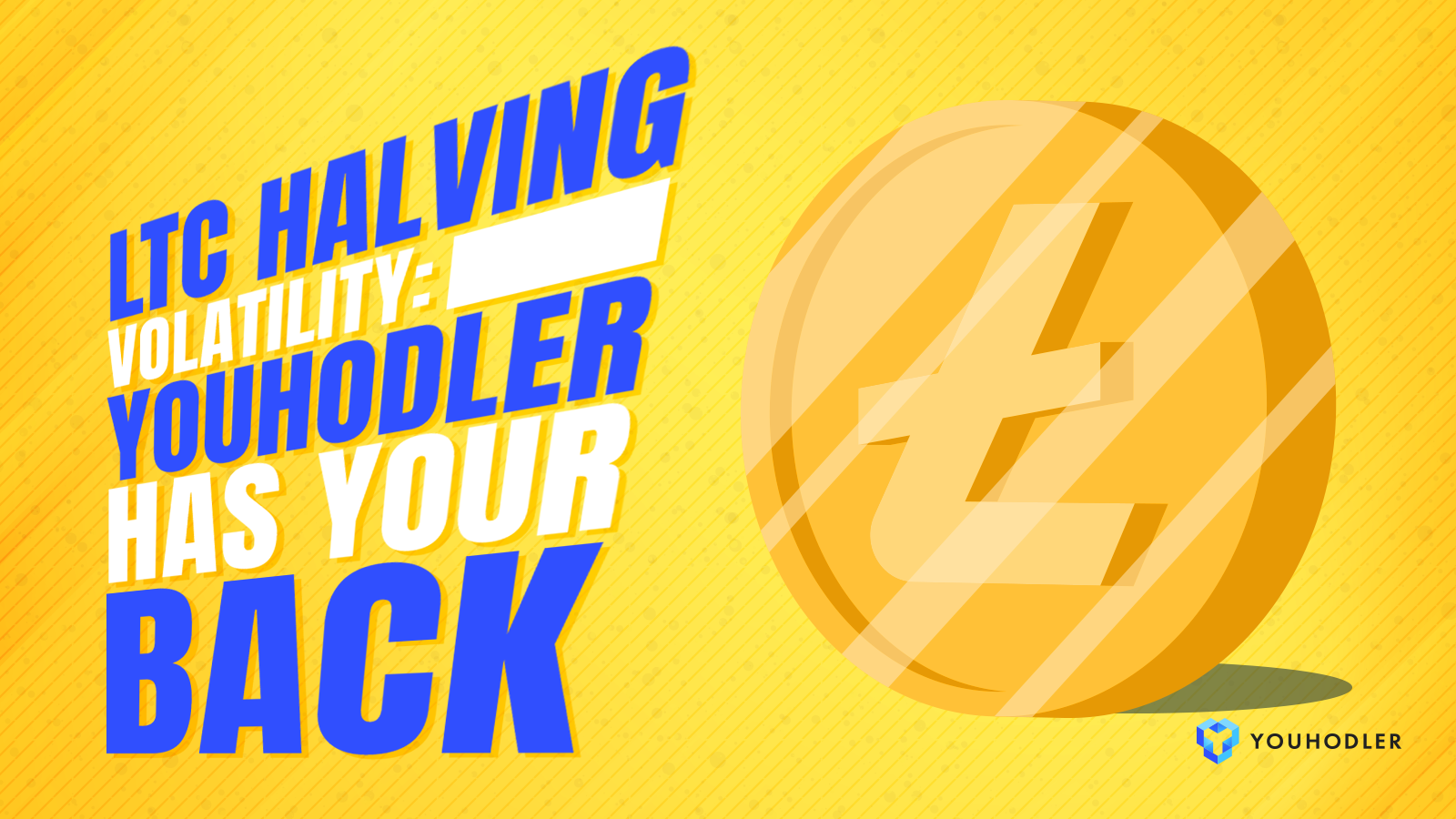 As Bitcoin (BTC) starts to regain some of its bullish behavior, many are looking forward to the upcoming LTC halving event to see if it will produce similar results. Historically speaking, other halving events have resulted in major, positive price movements. However, judging by LTC’s numbers this week, the outcome will be unpredictable. Regardless of what happens, YouHodler is here to say, “we’ve got your back.”

This week was a rather flat one for  Litecoin (LTC). It reached a low point of $86.40 on July 29, 2019, before jumping up a little to $90 where it hovered there until August 1st. A quick jump up $100 was a welcome addition but far from the “halving pump” everyone expected this close to the event. Some analysts are saying this highly anticipated moonshot already happened in late June when LTC surged from $30 - $140. So is there any more gas left in the tank for this popular altcoin?

Will LTC halving surge or sink the coin’s price?

For months leading up to this event, analysts suggest that the reduction in mining rewards and circulating supply will ultimately translate into a price surge for LTC. Yet, a recent report from Strix Leviathan suggests otherwise.

The popular investment management platform stated that they “found no evidence that cryptocurrency assets experiencing a halving event outperform the broader market in the months leading up to and following a reducting in miner rewards.”

So for those betting on a guaranteed LTC price surge in the coming days, you may be disappointed. In fact, there is even a chance we could see reverse movement. In any case, YouHodler wants to say we have you covered to protect you from major loses in your loan.

If the price of LTC increases during the course of your loan term, then you get to keep all the profit. If the price of LTC decreases and approaches the Price Down Limit (PDL) on your loan, then YouHodler has a new tool that will let the customer extend PDL themselves.

‍Note: Users should understand YouHodler does not freeze the collateral amount once a loan is put into action.‍

We will have more details on this new PDL extension feature coming soon so keep an eye on all social media channels and the YouHodler official blog.

State of DApps - 5 Killer DApps You Should Know
Coinbase Stablecoin - What You Should Know about the USD Coin?
YouHodler Month in Review: June 2020
How Safe is Peer to Peer Lending? A Risk Analysis
ALL POSTS