Interest Rates: A Race to the Bottom? (Not Anymore) 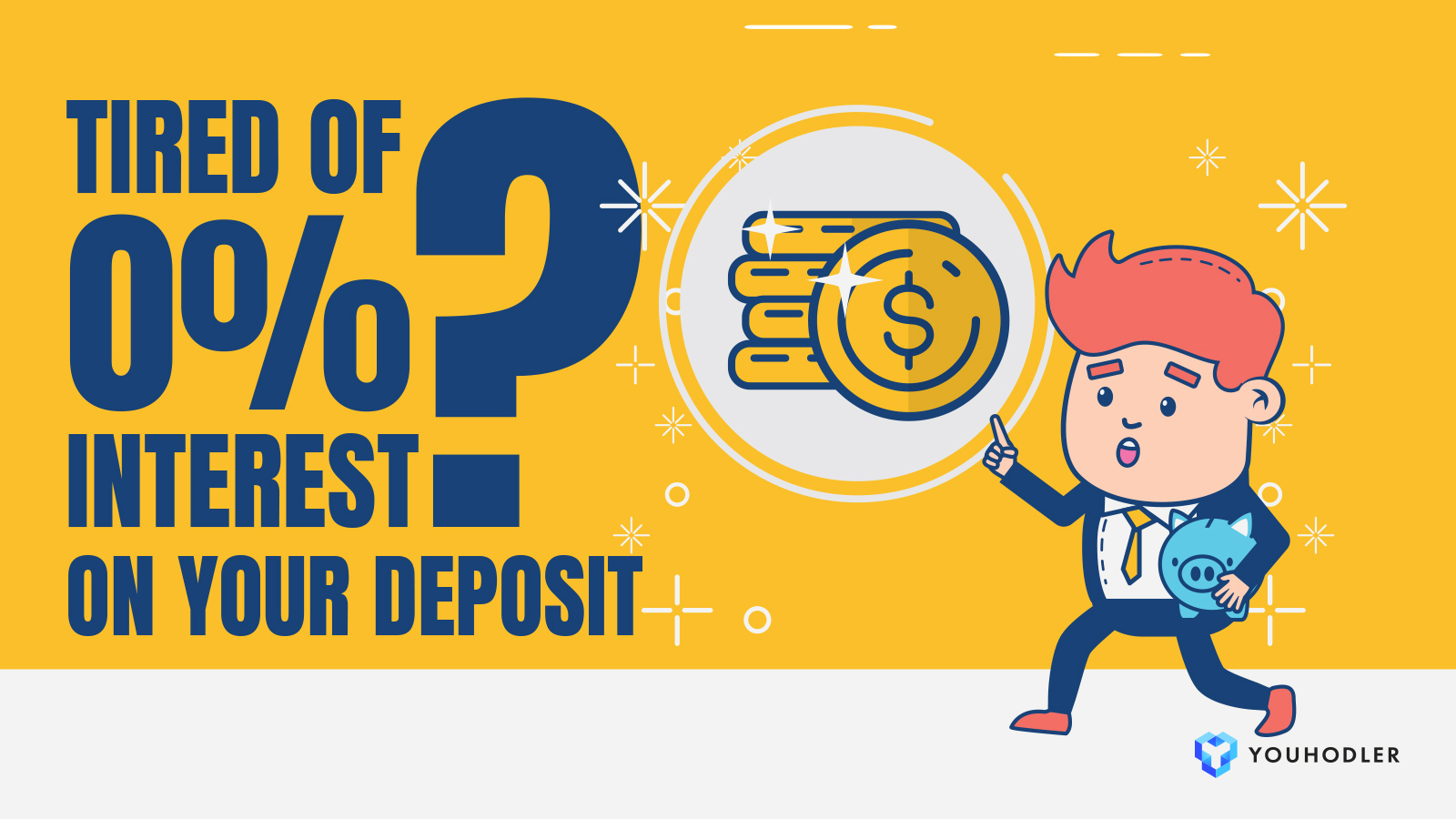 Current interest rates found in traditional banks are at an all-time low. Since the ’80s, it’s been a race to the bottom for the lowest possible interest rates. So how did we get here? Let’s take a look back a few hundred years to see the birth of the investing class then fast forward to YouHodler’s innovative new tool that turbocharges rates to new highs.

The birth of interest rates and investors

With the onset of the European Renaissance in the 14th -17th centuries, trade exploded in the region bringing a new concept of economy. Suddenly, strategic European ports became trading hubs where we eventually saw the birth of investors, the enhancement of loans and the early history of interest rates.

Back in the 1300s, the rise of Dutch Perpetual Bonds (the world’s oldest perpetual bonds) came forth with interest rates at 8 - 12%. These would be the highest rates ever seen until 600 years later. After that, rates gradually decreased over the course of the next few hundred years until the Great Inflation of the 1970s eventually changed current interest rates forever.

Current interest rates are near zero because of the Great Inflation

The 1970s was not a good year for the stock market. In just 18-months, the market tanked, losing 40% of its value. Investors lost confidence in the market, leading to weak economic growth and record low unemployment rates. In an effort to spur the economy, the central bank boosted interest rates by up to 20%.

The effect worked but in the process, generated massive inflation throughout the decade. As a result, we’ve seen interest rates decline rapidly since the ’80s, as a way to decrease inflation. Hence, leaving us with the current interest rates of almost zero (and in some cases negative).

Looking forward, it seems the trend of decreasing interest may continue in regards to traditional finance. Yet, in the realm of crypto, YouHodler is increasing interest earned to new highs.

YouHodler's 12% interest rates are a safe, stable way to profit.

People are growing tired of zero interest rates found in traditional savings accounts. However, the new crypto economy gives financial technology (FinTech) platforms more flexibility with the market and as a result, can offer higher interest rates. YouHodler, for example, has high yield savings accounts with rates as high as 12%. How is this possible? Let's take a look at the crypto market this past year.

From January 1, 2019, to May 9, 2019, the market cap increased over 50% while 24-hour trading volume skyrocketed 227.95%. With figures like this, it’s easier for institutions to take advantage of price movements and offer higher, guaranteed interest rates for clients. In addition, YouHodler’s interest fees on classic loans and Turbo Loans allow the platform to offer higher than average for interest earned on savings accounts.

Besides high yield savings accounts with 12% APR, YouHodler also has innovative features like Multi HODL™ that help one boost savings earned even more.

These are all examples of how the new crypto economy is helping to fill in the void left by traditional finance. The best part is anyone can take advantage of these benefits after visiting YouHodler.com and signing up.

TIRED OF NEARLY 0% DEPOSIT RATES? BENEFIT FROM THE NEW DIGITAL ECONOMY AND GET INCREDIBLY HIGH-INTEREST TODAY.

State of DApps - 5 Killer DApps You Should Know
YouHodler Month in Review: June 2020
How Safe is Peer to Peer Lending? A Risk Analysis
A Detailed Guide on How to Make More Money in 2020
ALL POSTS