9 Unique Blockchain Jobs You Should Know About 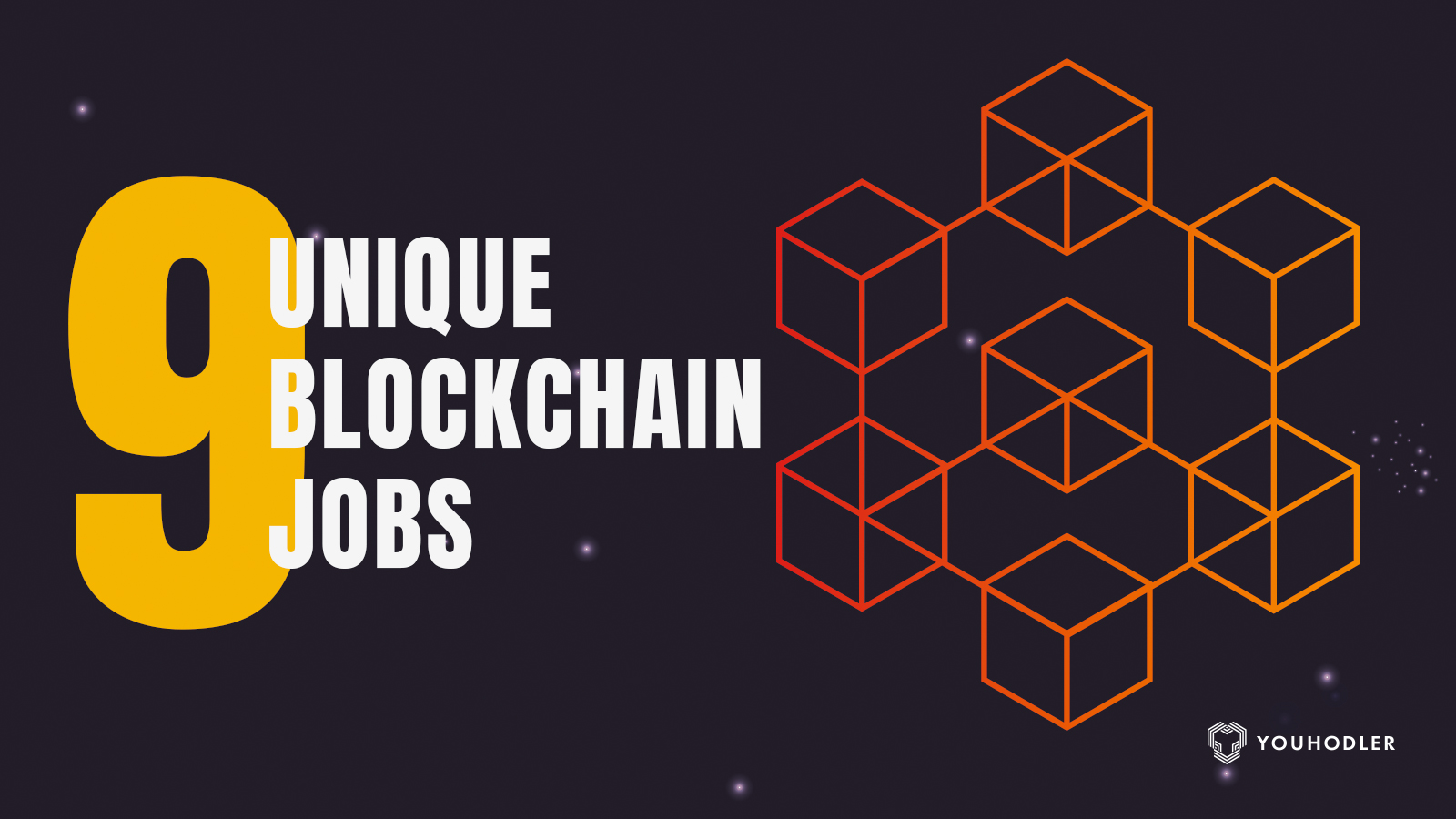 Much like artificial intelligence, blockchain is a booming, new technology. The demand for blockchain developers has increased due to many companies seeing the potential of decentralized technology.

Statistics show that more than 50% of global organizations deem blockchain as a strategic priority. These same statistics also estimate that global spending on blockchain solutions will increase to $11.7 billion by 2022.

The usage of blockchain has resulted in the emergence of a range of new job types. Some of these jobs are similar to existing jobs in other tech fields, but they are given a new spin.

Next, let’s explore a list of unique crypto jobs you’ve probably not heard about yet.

One of the most obvious requirements is performance. For example, a new release caused the throughput to decrease. Here, a blockchain quality engineer is responsible for detecting such performance regressions.

Since blockchain is still a relatively new technology, it’s important that it complies with all financial and governmental regulations. Legal consultants who understand all the fintech laws and regulations are therefore valuable to the company.

A blockchain legal consultant needs to be able to provide solutions for legal requirements. They also need to be fully aware of the regulations of the country where the company has its operations. This is one of the most challenging jobs as there’s a lot of uncertainty about blockchain and crypto regulations in many countries.

They need to have a thorough understanding of mathematics, encryption, and cryptography. Since cryptography is such an important aspect of blockchain technology, it is important to have someone capable of critical thinking fulfilling the role.

Blockchain platforms are often very complex. That’s why it is important to have well-defined protocols and systematic methods to develop a new blockchain platform. Blockchains operate on distributed systems, so the communication protocols between these systems should be robust but they are also much more complex.

Therefore, a protocol engineer should master the following skills:

They have to be able to build networking heavy applications and p2p networking systems. Distributed Networking Engineers often have a strong academic or engineering background and are used to implementing solutions based on academic research. A Distributed Networking Engineer is another example of an existing job with an added layer of complexity due to the fact that blockchain solutions are built on distributed peer-to-peer networks.

A smart contract auditor is someone who conducts security reviews. Smart Contract Auditors are often very familiar with networking protocols and are often proficient in Solidity, Golang, or C++.

Employers are also often looking for people who have already had hands-on experience in senior engineering roles. An experienced blockchain engineer has much more knowledge about what works and what won’t work for smart contracts in particular. Since we are talking about Blockchain Smart Contract Auditors, knowledge in advanced cryptography is also something employers often list as one of their requirements.

For example, a token economic model defines the rewards and incentives for the participants in a blockchain network. In other words, a token economic researcher makes sure that incentives across the network are aligned. For the Bitcoin network, incentives need to be aligned between node operators and Bitcoin traders or users.

Once the decision has been made to use blockchain for an application, it needs a clear interface design for users to interact with.

Designing the user interface for a blockchain application can be quite hard. An example would be the integration of the Lisk Desktop passphrase form. It may not be clear to users who are new to the industry that you don’t own a password, but rather a passphrase that consists of multiple words.

That’s why it’s important for a blockchain designer can create new UI/UX experiences to make it easier for non-crypto users to adopt crypto products. If users do not understand how an aspect of your technology works, it might cause annoyance and they could stop using your product altogether.

The development of optimal tokenomics for different use cases and designing other aspects of the initial coin offering (ICO) process are also key tasks of the Chief Tokenization Officer. An ICO is crucial for a company trying to present a new blockchain solution to the market. If this stage fails, the company might quickly run out of resources.

However, the role of a Chief Tokenization Officer is not only limited to ICOs. Nowadays, we also see initial exchange offerings (IEO) or security token offerings (STOs).

Each and every one needs to work simultaneously, since errors in financial technologies can have disastrous effects. Companies using blockchain technology are always on the lookout to find new crypto talents as well as seasoned engineers to strengthen their team. Due to the fact that companies are discovering new ways to use the unique power of blockchain, the demand for these jobs will only keep increasing as time progresses. However, it’s definitely not an easy task to find the right candidates to fill your open crypto jobs.

Are NFTs Dead? 5 Reasons We Say "No"
US CPI Data: What is the CPI Effect on Crypto?
Enjoy Free Secured Cold Storage with Ledger Enterprise + YouHodler
FTX Exchange Collapse: Sharing Our Thoughts
ALL POSTS