Why Will Bitcoin Succeed as a Real Currency, and Why Not? 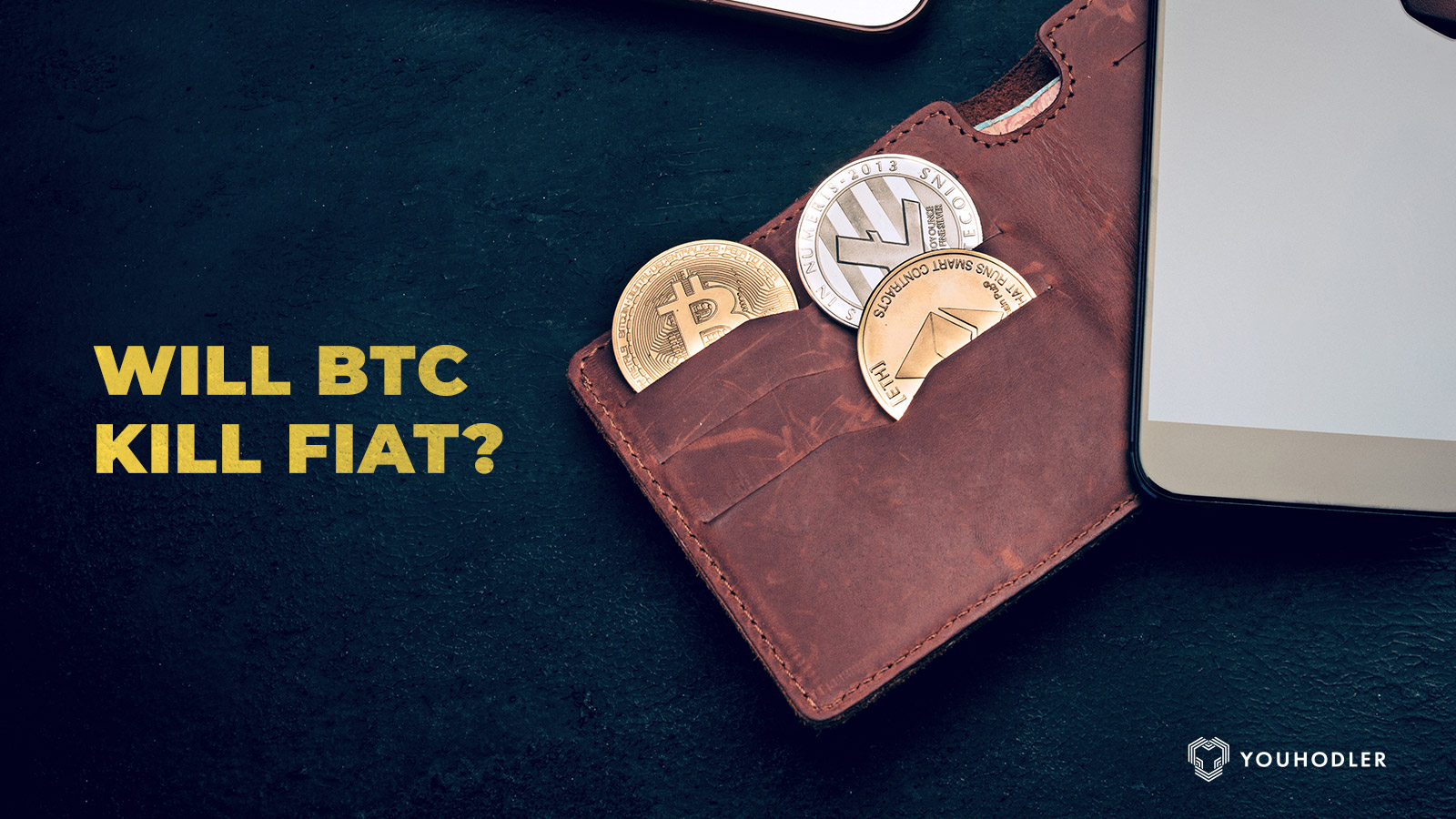 Bitcoin, the largest cryptocurrency by market cap, has been touted as an alternative form of money for many years now. But does this narrative have any substance to it? In this article, we take a close look at if Bitcoin will succeed as a real currency or not.

Loyal supporters of Bitcoin claim that Bitcoin has all the characteristics to make it the default currency of the world. On the other hand, its detractors reject the idea of Bitcoin being any different than a Ponzi scheme. But the fact is that neither Bitcoin will replace real currency and nor is it a Ponzi scheme.

Bitcoin has proven its worth by surviving two major crashes and a few small ones, and yet, it stands at an all-time high price. Thus, it has shown the world that it can hold onto value for the long term, unlike many other so-called altcoins. Let's look at the factors that make Bitcoin unsuitable to succeed as a real currency now.

Bitcoin Unlikely to Become a Medium of Exchange

Bitcoin is not destined to replace fiat currencies. It won't even dominate the use of fiat currencies globally. Now, the question is, what exactly will be the role of Bitcoin then?

Well, for starters, it will offer people worldwide a store of value. There are chances that it will become the world's most preferred store of value, even rivaling gold in the long run. Bitcoin will also keep the governments printing national currencies in check.

Let's not forget the most crucial quality of Bitcoin. It's none other than permanent scarcity. There will never be more than approximately 21 million Bitcoins in the world. Speaking in terms of Bitcoin’s chances of replacing real currency, do you think that the "Permanent Scarcity" of Bitcoin is a virtue of it?

For instance, Bitcoin loyalists argue that unlike Bitcoin, fiat currency is expandable. The government can print fiat currency at will. But the truth is that in many situations, it really helps those real currencies are expandable.

Any country that has been hit by a natural disaster would be able to print its local currency for emergency spending to tackle the crisis at hand. This is what took place across the world during the height of the coronavirus crisis. Governments around the world are spending billions of dollars to overcome the tremendous challenges thrown by the pandemic. Something Bitcoin doesn’t allow for.

Bitcoin’s Volatility is Both a Boon and a Bane

The tremendous growth in terms of the number of people that have been attracted to the crypto world can majorly be attributed to the rise in Bitcoin price. This is something that has acted as a Boon for Bitcoin and the crypto world as a whole.

At the same time, the inherently unpredictable price of Bitcoin is also a Bane. Even if we go by the opinion of the Bitcoin optimists about the continuous price rise, it only makes Bitcoin a very promising speculative asset. It does not prove that Bitcoin will turn out to be a form of money.

Countries around the world prefer having a currency, which is stable. They do not pick a currency that constantly rises in price because of its highly volatile nature. A stable currency helps a country maintain a healthy economy.

There's also a question - Why would anyone prefer to settle payments in Bitcoin when the price of Bitcoin rises daily? Daily price appreciation will make it count effective to use Bitcoin as a means of payment or a unit of account.

So far, we have talked about all the factors directly related to Bitcoin, which prevents Bitcoin from replacing real currencies. There are some external factors like technological barriers that deserve a mention here.

Many countries do not have the requisite internet speed that can enable people to successfully carry out Bitcoin transactions. This is especially true in Africa and many Asian countries.

There are three major regulatory issues around Bitcoin, and these are taxation and illegal usage. We can see some countries like Nigeria are already fighting against the widespread usage of cryptocurrencies like Bitcoin.

The cost of moving money into Nigeria has increased considerably after the Central Bank of Nigeria devalued Naira twice in 2020. Thus, a large number of Nigerians started using alternative methods to move money in Nigeria, like Bitcoin and other cryptocurrencies.

Nigerians using Bitcoin to move money in the country is making the job of the Central Bank of Nigeria to improve their Forex situation even harder than it already is. Countries, especially in the developing world, are likely to fight back against using Bitcoin for reasons similar to Nigeria. This, in turn, reduces the chances of Bitcoin replacing real currencies.

When it comes to traditional currencies, governments can track them easily as most people use bank accounts and other financial instruments to store their money. It enables governments to keep track of the owners of these monetary assets and the source of funds as well. Thus, governments around the world can figure out the tax that their citizens are required to pay them. But Bitcoin can prove to be a nightmare for governments and financial institutions, as far as taxation goes.

One part of the crypto world has a real chance of replacing the traditional fiat currencies. Yes, we are talking about stablecoins here. Them being pegged to real-world assets like gold and other leading fiat currencies like the US dollar, Euro, among others, makes stablecoins a perfect replacement of real currencies.

Unlike major cryptocurrencies like Bitcoin, stablecoins like USDT, USDT, TUSD, and similar stablecoins (earn interest on stablecoins via YouHodler), pegged to fiat currencies, do not suffer from volatility. It makes stablecoins perfect for replacing real currencies.

While stablecoins are more likely to become a real currency than Bitcoin, they still require formal control to make them successful and a viable option for institutions.

Bitcoin, on the other hand, is a great store of value, which might outrun gold in the near future. Moreover, Bitcoin’s volatile nature makes it a wrong candidate to become a real currency.

And lastly, Bitcoin’s supply is fixed to approximately 21 million Bitcoins. Real currencies require expandability for economic purposes. Just look at the amount of money the US government has printed to relieve the COVID-19 pressure on the American economy. This type of money printing is not possible using the Bitcoin system.