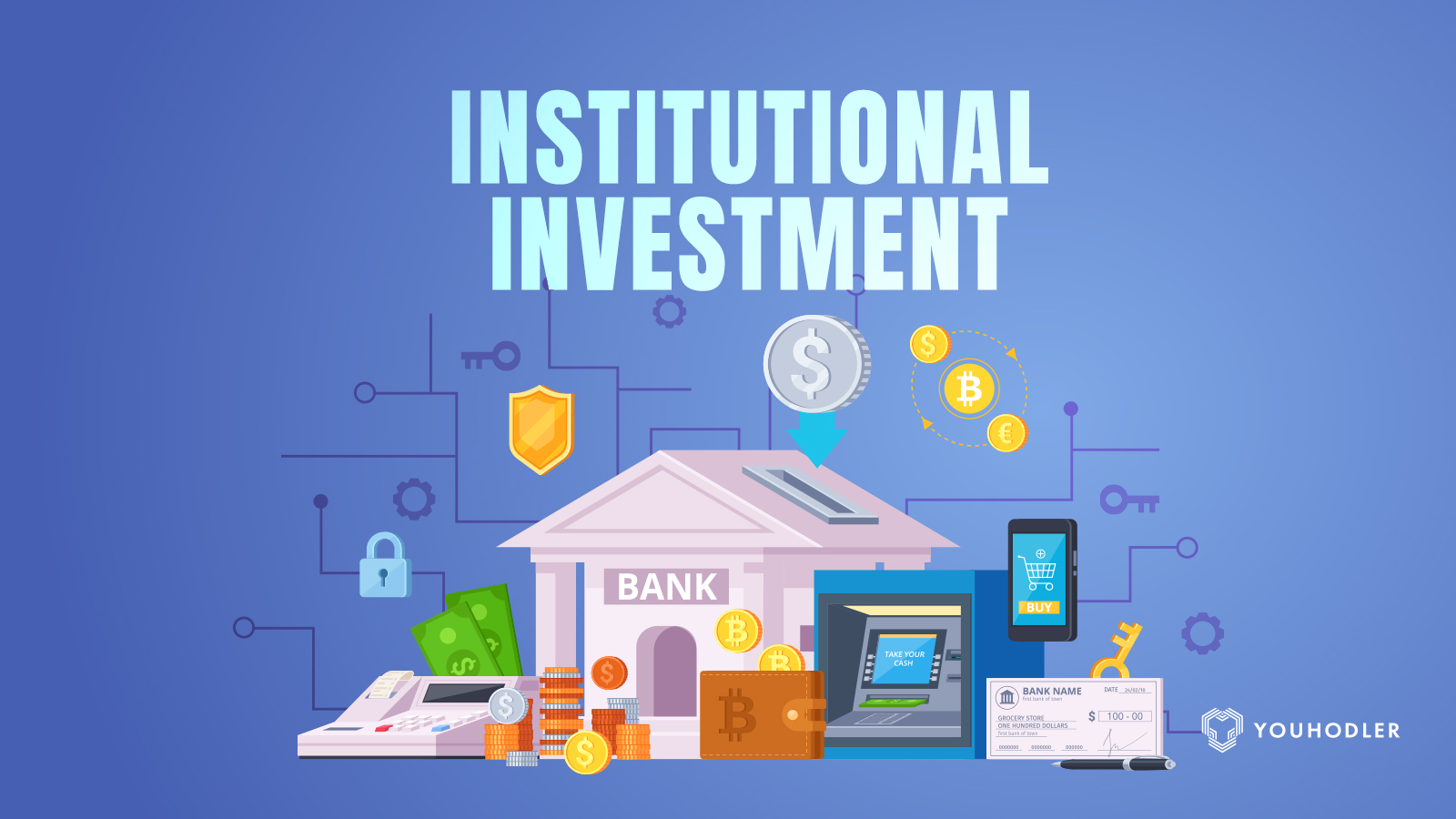 We can monitor the institutional activity in the Bitcoin space through Grayscale Bitcoin Trust (BGTC). Having achieved $6 billion from $500 million in one year at 18X growth proves that the institutional interest in Bitcoin is rising rapidly.

So, what do these institutional investors aim to gain by investing in Bitcoin? We will explore answers to this question in this article. Let's dive into it now.

Impact of Institutional Investment in Bitcoin

Institutional investors going on a buying spree for Bitcoin will lead to scarcity, which will up the prices even further. The entry of leading names like Tesla has led to many conservative institutions shedding their inhibitions about Bitcoins. They, too, will soon up their ante and start buying Bitcoins in droves.

Why are Institutional Investors Investing in Bitcoin?

Keeping aside the infamous volatility of Bitcoin, investors have started realizing the long-term value of it. The third halving of Bitcoin, which took place in 2020, and PayPal and Square's Cash App offering crypto assets for trading played a crucial role in attracting institutional investors.

Other reasons include the launch of crypto-related services and feel-good reports on Bitcoin by the global investment banking giants like Goldman Sachs, BNY Mellon, Citibank, among others, which made Bitcoin a hot asset among corporations.

The interest in Bitcoin among companies can also be a result of their founder's interest in cryptocurrencies. It is especially true in the case of Elon Musk - Founder & CEO of Tesla, Michael Saylor - CEO of Microstrategy, a software company and Jack Dorsey - CEO of Square.

The likes of Tesla and Square joining the Bitcoin bandwagon have added further legitimacy to Bitcoin. It also made the corporate world take notice of Bitcoin. Elon Musk goes even one step further by allowing users to buy a Tesla with Bitcoin. Moreover, Bitcoin paid to Tesla will be retained as Bitcoin, not converted to fiat currency.

When it comes to service providers like BNY Mellon, the interest in Bitcoin stems from the increasing customer demand for Bitcoin. Increased regulatory clarity has also made buying bitcoin a less-risky endeavor. BNY Mellon, for example, pointed out the greater regulatory clarity as one of the major reasons behind their decision to join the Bitcoin bandwagon.

Some institutional players are solely investing in Bitcoin as a hedge against inflation. Many companies are also buying Bitcoin as a safeguard against economic uncertainty as they view Bitcoin as a store of value. Two of the most important events that sparked excessive Bitcoin buying include:

Regardless of increased institutional activity in the crypto space, we haven't seen the number of Bitcoin whale wallets increase.

There is one other way to monitor the direct institutional investment in the Bitcoin space. The number of wallets holding 1000 or more Bitcoin, often referred to as whale wallets, will depict the true picture of institutional activity.

As per recent data reported by Santiment, the Bitcoins supply by the hold of whale wallets (1000+ Bitcoins) have surpassed the mid-tier Bitcoin addresses holding between 10 to 1000 Bitcoins.

The number of Bitcoin wallets has definitely grown, but it does not mean that institutional investors are putting their money in Bitcoin for investment purposes.

In fact, most of the bigger investors that are piling money into Bitcoin are high-risk funds and speculative traders. It means that they are in it for trading purposes rather than a long-term investment.

Is Most Institutional Buying Speculative?

Having achieved an unprecedented 16X growth in 2019 alone, Bitcoin Futures has become an instant hit among institutional investors. The success of Bitcoin Futures is also a tell-tale sign of how most institutional buying is speculative. That’s not a positive sign for Bitcoin’s future volatility as frequent trading won’t stabilize the currency.

Over the years, institutional investment has grown at a rapid pace, banking on the potential diversification benefits. Yet, a couple of risks remain, like difficulty in assessing Bitcoin’s value along with relevant risk and return drivers. These are acting as a spoilsport for institutional investors as far as investing in Bitcoin goes.

With Bitcoin being the leader among cryptocurrencies, it is the de-facto choice among institutional investors. But at the same time, there is no guarantee that Bitcoin will continue to hold onto its position. Thus, it is imminent that most of the institutional investment activity in Bitcoin will pass through leading investment banks like Goldman Sachs, Merrill Lynch, Blackrock, among others, in the future.

The reason being that they have real-time risk monitoring in place and follow defined risk guidelines. After all, that is the best way for institutional investors to get exposure to Bitcoin and other crypto-assets.

As of now, most of the institutional investment in Bitcoin seems to be for speculative reasons. But this may change, considering that prominent players like Goldman Sachs, Blackrock, etc., start investing in Bitcoin.

If you are interested in investing in Bitcoin, YouHodler offers you Bitcoin and other cryptocurrency investments. It’s a safe place to invest in Bitcoins as YouHodler has incorporated Ledger Vault’s technology that provides advanced custody options and the best level of security and insurance up to $150 million.