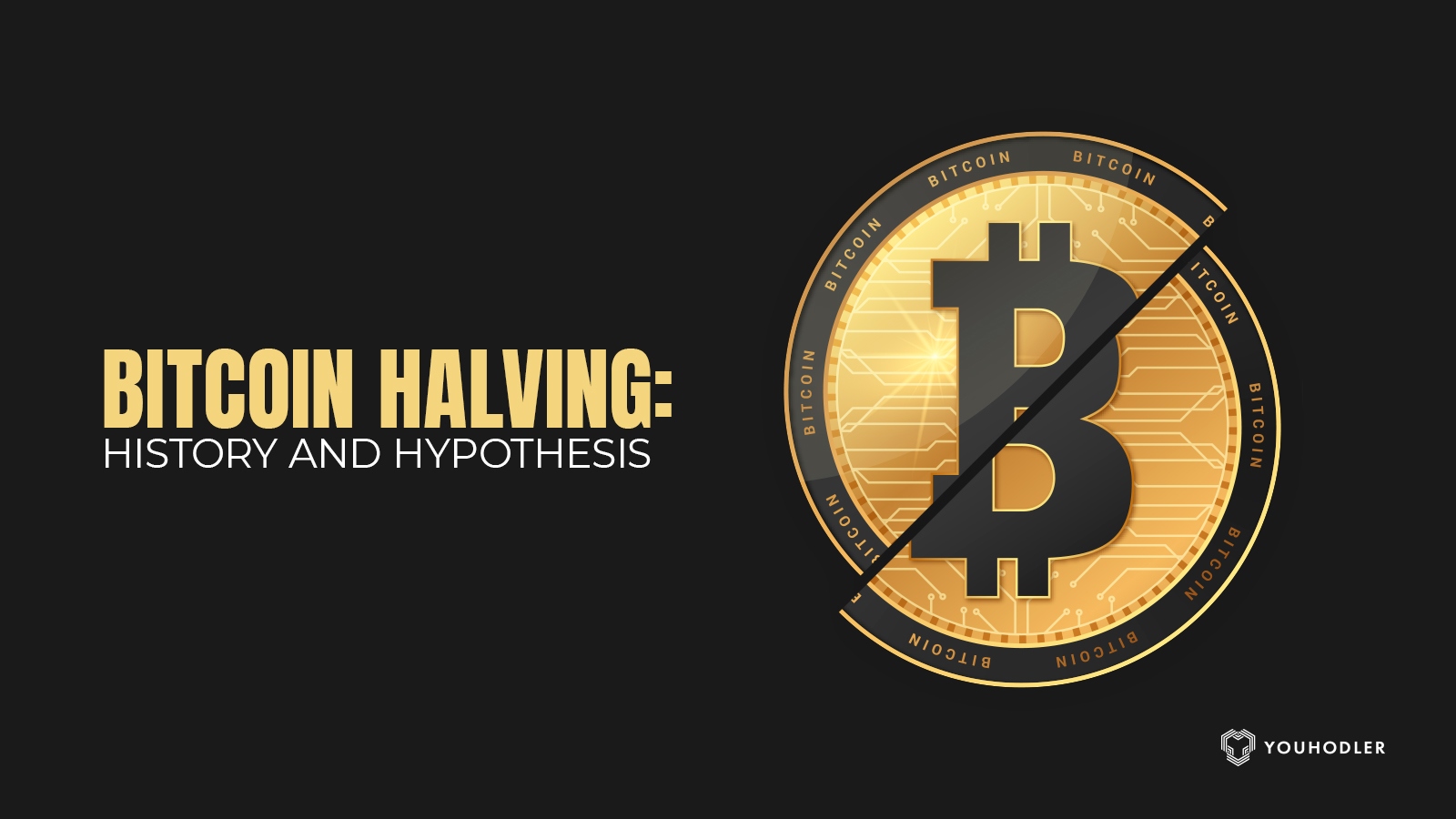 While central banks around the world print money at an alarming rate to offset the global economic crisis, the opposite is soon to happen in the cryptocurrency market. Bitcoin, the industry’s most popular cryptocurrency has structured regulated rates of supply growth. Mathematically, this works out to a total supply of 21 million bitcoins which will all be in circulation someday. However, one reason these 21 million bitcoins aren’t available immediately is because of a process called “halving.” With the third Bitcoin halving just a few days away, YouHodler wanted to take a look back at past “halvenings” and offer some hypotheses for the future.

What is Bitcoin Halving?

Many of you already know about Bitcoin halving and if that’s the case, feel free to skip to the next paragraph. For the rest of you, here is a quick lesson. Bitcoin halving is an event that occurs once every 210,000 blocks in the blockchain. Essentially, that means Bitcoin halving dates occur roughly every four years. When the event occurs, Bitcoin’s block subsidy reduces by 50%, meaning Bitcoin miners receive a smaller reward for each block.
‍
For the third ever Bitcoin halving (expected to occur on May 12, 2020) the reward will reduce from 12.6 BTC per block to 6.25 BTC per block. Hence, supply growth will also decrease from 3.72% to 1.79%. For the first time in history, Bitcoin’s supply growth will actually be less than the 2% inflation rate that central banks use for their own fiat currencies. Aside from this monumental fact, many crypto enthusiasts are more concerned about the price of BTC, which historically always increases after a “halvening.”

On November 28, 2012, the first Bitcoin halving took place at block #210,000. This reduced the block subsidy from 50 BTC to 25 BTC. As a result of this, daily subsidies went down from 7,200 to 3,600. Looking at the chart above, you can see a bull run began about one year before the halving and then went all the way through December 2013, one year after the fact.

Fast forward a few years to July 9, 2016. At block 420,000 the block subsidy decreased from 25 BTC to 12.5 BTC (the current number). Daily minting fell from 3,600 to 1,800 bitcoins. The second halving did not see a local bullish trend starting one year before the event. Instead, it experienced a bull run nine months before. What happened after was the most famous bull run in history that says bitcoin appreciates +9054% before bottoming out in December of 2018.

Despite the similarities between the two previous halvings, there is still a lot of speculation of what this 3rd halving will look like. Add the current COVID - 19 crisis to the picture and it’s blurrier than ever.

Bitcoin halving 2020 and what will happen for the future

At the time of the upcoming halving, mining profitability will come under pressure for a variety of reasons. For one, there is the most obvious point of a 50% decrease in bitcoin block rewards. Then, you can factor in the evidence that operating costs for miners like electricity, facilities, and hardware repairs are remaining fixed if not becoming more expensive. Lastly, we add this whole corona crisis to the mix and everything gets a little more complicated.

Most of the world’s Bitcoin mining is in China. Therefore, the coronavirus impact on the Chinese economy may be a cause for concern for the mining industry as well. For now, it doesn’t seem to be an issue. Looking at the Bitcoin hash rate indicates we hit an all-time high this week. Bitcoin hash rate is the computing power needed to confirm all transactions on the blockchain and is a strong indication of network health. Seeing as the hash rate is at an all-time high now hints at the fact that miners are still going strong in China and are not affected by corona. We can conclude that miners will likely keep operating after the halving and making good profits.

These are great signs for a positive outcome following the event and if you are judging Bitcoin’s behavior from the past two events, it will likely have some sort of bullish outcome, albeit perhaps not as dramatic as in the past

How to capitalize on the Bitcoin halving chart

There is no “cure-all” prediction for cryptocurrency. The best we can all do is use the data given us to make smart and informed decisions. The only outcome we can surely predict from Bitcoin halving is that of volatility. There will be volatility in some direction, be it up or down. For people looking to benefit from Bitcoin halving, volatility is a good thing. It means there are opportunities for large profits in both bullish and bearish scenarios and YouHodler’s Multi HODL tool can help with that.

Are you ready for the next Bitcoin halving? Start doing your research now and then come to YouHodler when you decide how you want to capitalize on this rare event.

Read next
YouHodler Adds Top Metaverse Tokens to the Platform

YouHodler Decentraland Treasure Hunt: The Results Are In!
What is Swing Trading?: Definition and Tips
What does ERC20 Stand For?
Dollar-Cost Averaging in Crypto Markets: Pros and Cons
ALL POSTS