The Culture of Crypto Part II: The United States of America 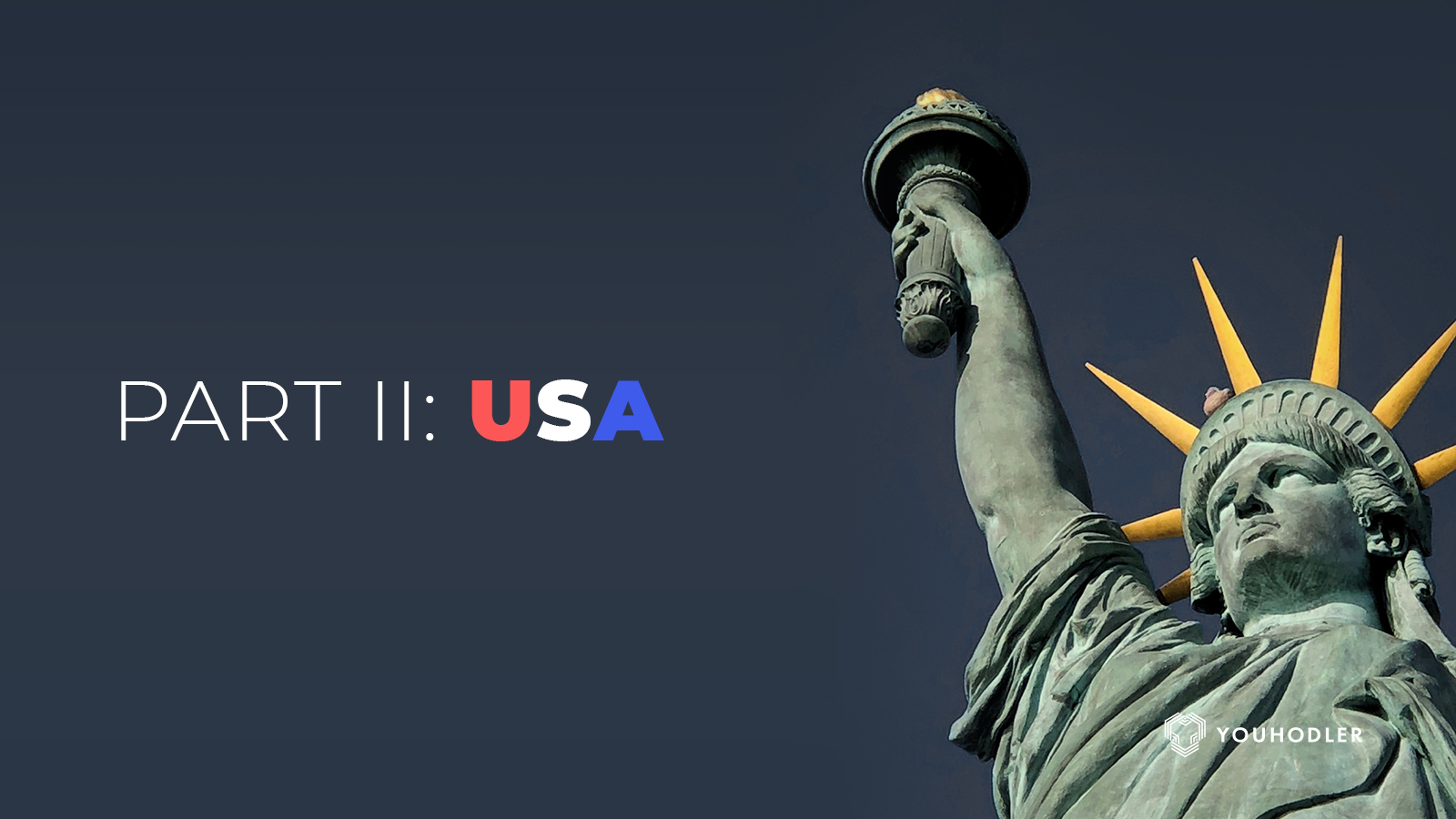 Big houses, flashy cars, glitz, glamour, celebrities, and a seemingly endless amount of money. Those are just a few words that come to mind when one thinks of the United States of America. While most of this is based merely on stereotypes from the country’s most popular export (entertainment) there is certainly some truth behind the origination of this thinking.

America has a unique relationship with money. Actually, it’s more of an obsession at this point. As a result, this attitude has carried over into the world of cryptocurrency and blockchain technology. A technology that has much more to do with just getting rich but as we’ll soon see, some Americans disagree.

Joining us for Part II of “The Culture of Crypto” mini-series is U.S. citizen Marcus Henry. Throughout the course of this interview, we’ll get a first-hand account of his personal relationship with money and cryptocurrency while also getting a glimpse into how American culture perceives wealth in general.

Interview with Marcus Henry: Journalist and Founder of CryptoSauce

YouHodler (YH): Thank you for joining us today Marcus. It’s a pleasure to have you as a guest for this week’s “Culture of Crypto” blog. For the first question, I’d love to just hear a little about who you are and what you do for a living.

‍
Marcus Henry (MH): Yes, thank you as well for having me! I’m happy to participate. So as for your question, My name is Marcus Henry, I’m an American citizen currently living in Texas and working in the cryptocurrency industry. I am the founder of a crypto news site called CryptoSauce.news and also a decade-long journalist and content producer.

YH: What is your first memory of money? (either positive or negative)

MH: My first memory of money is when I went to the arcade as a kid. I remember vividly putting dollar bills into the machine that would spit out quarters for me to use for video games. The sound of coins clashing mixed in with the noises of video game sound effects and buttons being mashed is a fond one.

YH: What would you say are the cultural attitude towards money in your country?

MH: Money is a means to better opportunities, and also can lead one down a difficult path if not being careful. It is the means by which many changes are made available to you via hard work and commitment to creating value.

YH: If you could use one word to describe the attitude of money in your country, what would that one word be?

YH: How is success defined in your country?
‍

MH: Your contribution to the world around you. If you can create value through intellect, commitment, and passion, success is generally not far.
‍

YH: What is the role of luck in people’s lives in America?

MH: Luck plays a pretty important role in people’s lives here, however, luck is not nearly as beneficial when there is not some level of intelligent action in alignment with said luck. Knowing how to be in the right place at the right time to use your luck to the most if its potential is the key.

YH: Where do people tend to get their news and/or wisdom from?

YH: Is change considered a positive or negative event in your culture?

MH: In my opinion, it is a mixed bag. What many people fail to understand in America is that the country is massive, with a diverse array of conflicting ideas, cultures, and opinions all trying to fit into the same box. While one particular instance of change could be beneficial for one group, that same event may be detrimental to another.

YH: What is the overall attitude towards cryptocurrency in your country?

MH: It’s starting to come around but only because people are now starting to see the profit potential from it.

YH: When I say the word “investment” what is the first word that comes to your mind?

YH: How do you personally think cryptocurrency can impact your country on a positive level?

MH: Ideally, it [crypto] will enable the currency to work in a way that’s beneficial to society, to which government fiat currency has historically done the opposite as it relates to interest inflation and overall spending power.

YH: Thank you again for your time today Marcus.

Let’s start this post-interview analysis focusing on Mr. Henry’s answer to one of the last questions. 401k. In many ways, it’s quite interesting that was the first word that came to his mind when the word “investment” popped up. For those that don’t know, the 401k plan is America’s most popular employer-sponsored retirement plan. Millions of American workers depend on the money they invested in these plans to eventually provide for them when they retire. However, this doesn’t always work out as planned.

According to the most recent USA retirement statistics, only 32% of American workers invest in a 401k with the average rate of return only being 5% to 8%. The other 68% has vague plans of what to do after retirement with just 13% of that group having some sort of informal plan in writing. So, are Americans just bad at forward-thinking? Not exactly.

It seems the real culprit here is that Americans simply don’t want to retire. Or at least don’t have the means to. Only 1% of Americans are able to retire before the age of 50, with 54% of US workers planning to stay in the labor force after age 65 and a massive 89% of American workers not fully retired until after age 75.

Now, there is a bright side to this. The fact that so many Americans are able to work well into their 70s is a testament to their health and well-being. That’s something to celebrate but on the other hand, it seems most Americans don’t retire because they simply can’t afford to.

Amazingly, 50% of Americans aged 65 or older have an annual income of less than $24, 224.
‍
They should have used YouHodler's savings accounts to earn 12% interest :wink:

In a country whose culture revolves around fame and fortune and money, it’s quite interesting to see a majority of Americans don’t have either. Perhaps there is a deeper philosophical meaning here. Maybe the pompous qualities of fame and fortune are not truly worth pursuing or simply unattainable. Perhaps it is just a fabricated illusion to keep us all working hard.

As cryptocurrency continues to develop within the USA, without a doubt, many citizens in this country will use it merely for its profit-generating qualities. It will take some time for the culture to evolve and see blockchain technology for everything it does outside the realm of finance. Or maybe this will never come at all. As a country resistant to change, it’s possible America will be stuck forever in an endless cycle of wealth worship and false dreams of early retirement in paradise.

One only has to spend a few minutes on Crypto Twitter or r/wallstreetbets to see America, and that the western world, in general, is still far from a utopian society not obsessed with “get rich quick schemes.”  However, this is a technology still in its infancy and anything is possible.

The U.S.A. is a center for innovation and has produced some of the world’s finest inventions. As Marcus said earlier in the interview, money in America can lead one down a dark path but can also be the catalyst for change. It seems we are at a major crossroads in the industry now. If crypto is to be a permanent mainstay in a future society, we’ll need the U.S.As help to transform this market into something more trustable and sustainable. Hopefully, its money-making capabilities can be a catalyst for positive change in the world instead of just a symbol of wealth.