Bitcoin Mining is Dead (and here's its replacement) 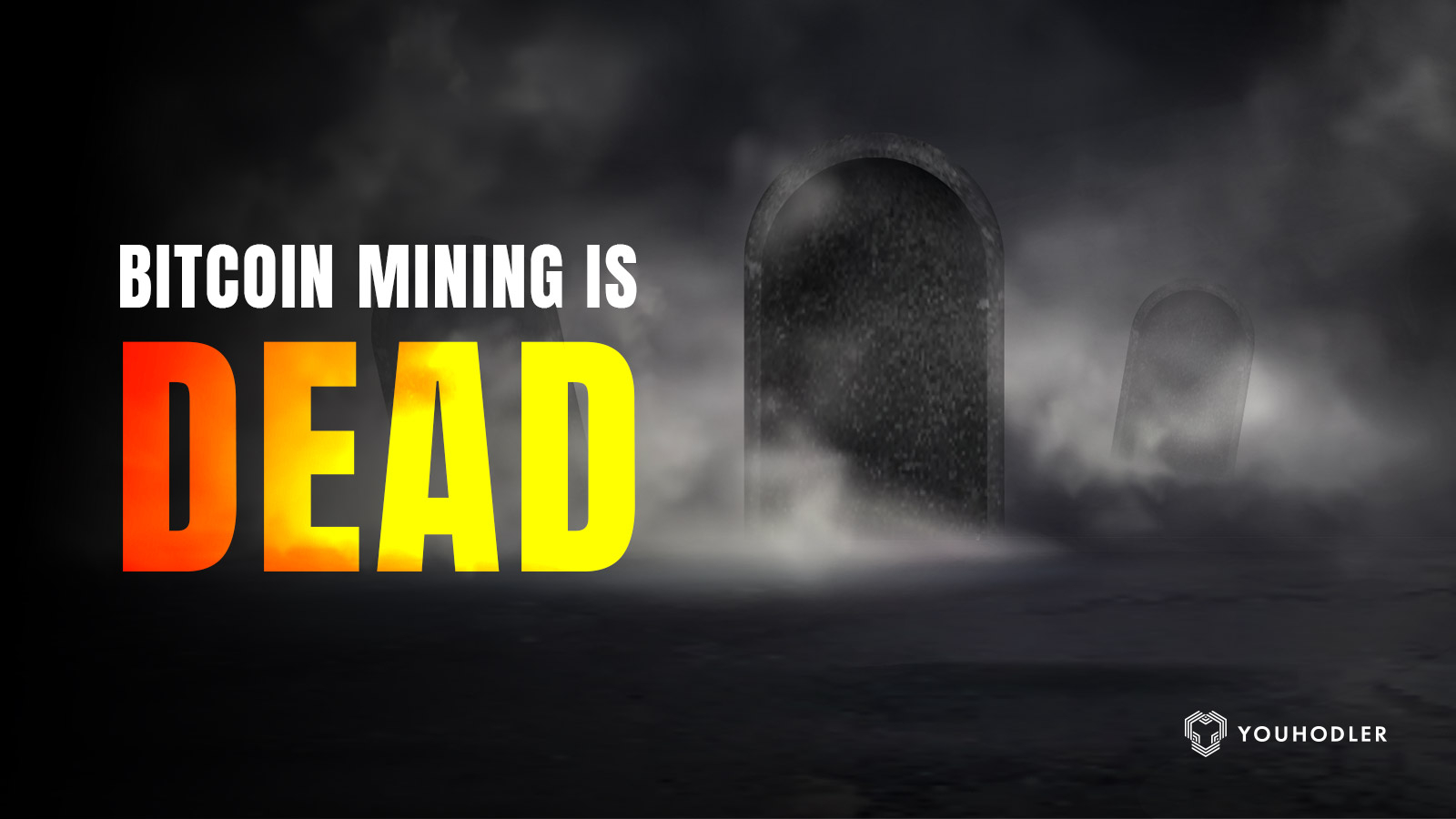 Hence, crypto mining is dead, or at least very close to it. Now, new passive income replacements are taking the crypto world by storm such as basic HODLing, staking, clouding mining, and crypto savings accounts. Not all options are created equal though so let’s compare and see which option is the rightful successor of BTC mining.

In terms of generating a passive income, buying and HODLing crypto is the most basic method. Essentially, all it requires is one to buy a cryptocurrency, and then HODL. Now, this is not a guaranteed profit since one is at the mercy of the market’s volatility at a given time. However, just look at the all-time chart of Bitcoin to get a glimpse of the potential profits to be had. In the long term, Bitcoin is a great investment.

For those looking for short-term investments generating huge profits, those are possible too as we saw with some newer coins like LINK, SUSHI, and some other DeFi coins. Hence, it’s recommended to have a well-balanced portfolio with the majority of investments in safer, long term growth with a smaller portion dedicated to riskier, but potentially more profitable assets. As said earlier, the passive income is not guaranteed but the market has been quite generous to investors over the years.

Staking is much more user friendly than Bitcoin mining. To begin, the user simply buys one of the many coins out there offering staking. From there, the profits are split between the platform and the stake owner. Users can reinvest their rewards into the platform to earn compounding interest. Some of the most popular stakeable coins are:
‍
- Tezos (XTZ)

The big problem with staking coins is their high volatility. Hence, a nice solution to this problem came the way of staking stablecoins like Maker (Dai) and others. Aside from the volatility, staking PoS coins comes with security risks as scammers could potentially overthrow the staking industry and discredit everything, much like what happened with ICOs, cloud mining, and the modern-day DeFi movement.

Technically, Bitcoin mining is not dead. At least not yet. Even the Bitcoin maximalists out there are starting to ask themselves “is Bitcoin mining profitable?” Well, let’s let the numbers decide that for us. For example, let’s say you buy one popular ASIC hardware unit for mining (e.g. the Antminer S19).

Break-even point = more than 6 years at the current BTC price.

Judging by those numbers, that is not a lot of money for the amount of work and time needed to invest in a mining operation. Even in cloud mining, the profits are very small and as mentioned earlier, cloud mining platforms are increasingly risky as scammers create tools that take your money and present you with a fake return on investment.

Hence, that takes us to our last, and arguably the best method of passive income, crypto savings accounts.

Back in 2010, spending thousands of dollars on some ASIC hardware was an easy decision since the returns were so outrageously high. In 2020, that is simply not the case. Now, there is no need to buy equipment and wait for several years to turn a profit. Financial Technology (FinTech) has come a long way since 2010 and now, there are more ways than ever to earn a hassle-free, passive income with weekly payouts.

YouHodler, for example, offers up to 12% APY on stablecoin deposits. Funds are never locked in the platform and there are no hidden fees or rules one must abide by to obtain this interest rate. Just deposit and start earning. Simple as that.

Now, let’s compare how much one would earn with compounding YouHodler savings account to Bitcoin mining. For this example, we’ll use the cost of one Antiminer S19 ($3,395).

As you’ll see, you made $430.57 of profit after the initial investment and this is not including costs to set up any mining machines or the high electricity costs one would pay with bitcoin mining hardware at home. After just five years, you will have already doubled your initial investment.

Bitcoin mining is dead; earn a passive income on YouHodler instead

Do you have cryptocurrencies or stablecoins? Do you want to start earning a passive income immediately? Then it’s time to put the Bitcoin mining dream to rest. Instead, go to YouHodler.com today to deposit your funds and start earning stress-free passive income. It’s an extremely easy process but don’t just take our word for it, try it yourself!