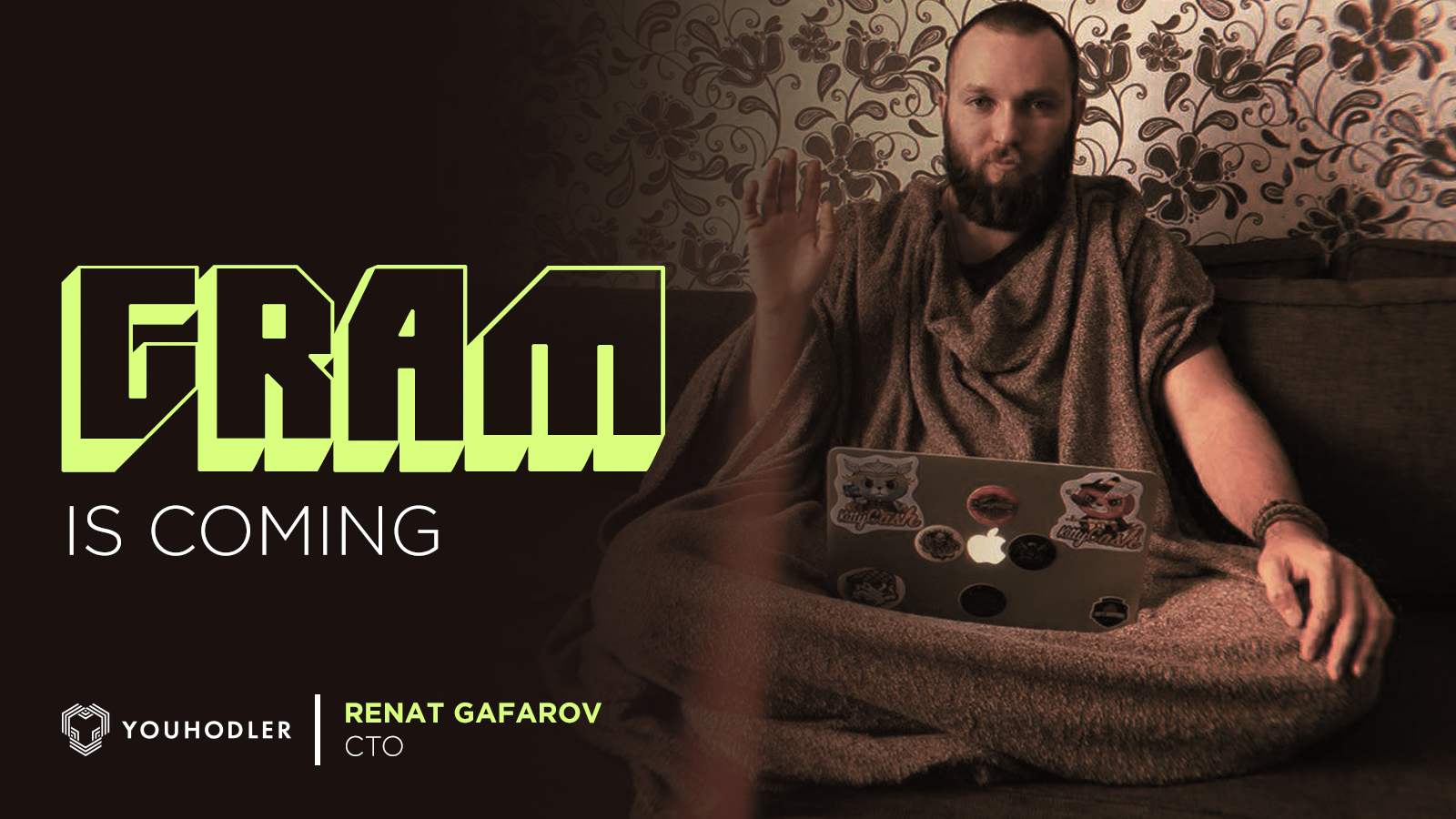 In light of Telegram’s recent announcement that public testing of it’s anticipated blockchain, the Telegram Open Network (TON) has begun, YouHodler is reminding it’s a community of an important update. Just as we announced in April, our plans are still on track to list GRAM token on YouHodler.

‍GRAM: Take advantage of a new asset in its early stages of growth‍

With this CoinDesk announcement of the Test Network, one can only assume public launch will be coming soon. Following that, GRAM, the network’s native token, will start appearing on exchanges for trading.

Due to the complexity of TON’s blockchain, YouHodler’s own dev team will be working hard to integrate it as quickly as possible. Hence, users will soon get GRAM-backed loans on YouHodler along with an array of other features down the line.

On the topic of integration, YouHodler CTO Renat Gafarov states that

‍“the sheer physical infrastructure of Telegram is a reflection of its founders decentralization philosophy. In order to synchronize encrypted data across multiple independent server clusters across a variety of continents, Telegram will deploy a unique distributed server infrastructure. Already we’ve seen delays on their end due to the innovative nature of development. Meanwhile, myself and my colleagues at YouHodler are working hard to develop the integration of TON and discovering the creative ways we can use it for our, and our client’s benefit. I firmly believe that TON could help introduce digital assets to the mainstream and as a result, usher in a new paradigm in how the world interacts with the web. In many ways, this could be the gateway to Web 3.0.”

What is TON and why should you care?

In theory, the TON blockchain will be far more diverse and powerful than it’s current competitors.  The inspiration behind this blockchain is to build something incredibly fast, flexible, scalable, and user/developer friendly in such a way that it will make crypto mainstream. Telegram co-founder Dr. Nikolai Durov designed the Telegram Open Network uniquely for this purpose as he believes the current structure of crypto does not have the qualities needed to support mass adoption.

GRAM, the underlying token that will power all the aforementioned aspects, is quickly becoming a sought after asset.

GRAM is cheap; use a crypto credit line to buy more

Do you already have GRAM but want to buy more in preparation for this token’s bright future? Or maybe you have other crypto-assets and want more cash to add GRAM to your collection. Either way, YouHodler can help.

Coming soon, clients can use GRAM as collateral for a loan with LTV as high as 85%. With cash in hand, these users can buy more GRAM without having to sell their assets. Alternatively, users can put up Bitcoin (BTC), Bitcoin Cash (BCH), Ethereum (ETH), Litecoin (LTC), Stellar Lumens (XLM), Ripple (XRP), DASH, Augur (REP) and more as collateral in exchange for more investing capital.

As stated earlier, GRAM is far from a normal blockchain project and will take some time for all of us to learn this new concept and language. So keep a close eye on all YouHodler communication channels (Blog, Twitter, Telegram) for the big announcement.

We’re already thrilled to welcome the fantastic Telegram community to our team and we hope you all are too!