We use cookies to improve your experience. Cookie Declaration
ACCEPT ALL
TWTrade Crypto and Win Tesla, Vespa or E-bike.Learn more 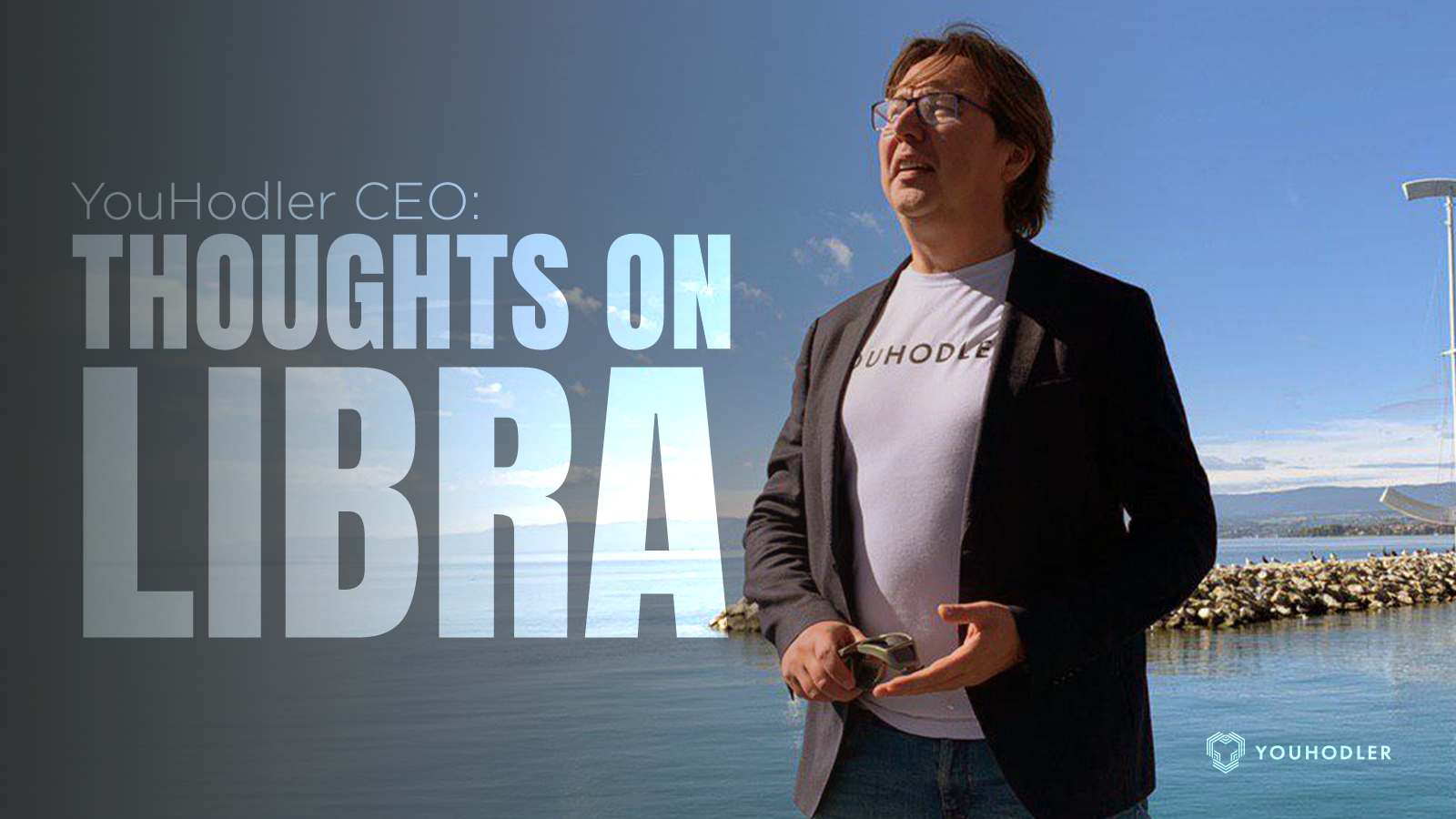 The highly anticipated Libra/Calibra project from Facebook is at an important crossroads in its early stages in development. Major backers like Mastercard, Visa and PayPal are all backing out, losing faith in Facebook's ability to produce the revolutionary crypto they promoted in their initial whitepaper. Despite this recent news, the crypto-friendly nation of Switzerland still supports Libra’s mission but for how long? YouHodler CEO Ilya Volkov has a few hot takes on the current status of Libra and what it needs to do to survive in this often unforgiving industry.

Libra’s resources are the true highlight of their existence

According to Merriam-Webster, innovation is “the introduction of something new.” This does not define Libra. They are not breaking any ground per se in the industry but they are still bringing plenty of benefits with them. By allowing Libra to build a campus in their country, Switzerland is welcoming new resources for the benefit of this new technology.

Libra may not have innovation but in this case, they sure have a lot of money. Money that will help grow some incredible minds in the blockchain/cryptocurrency space. Within their campus, they may be incubating the next Vitalik Buterin or another truly innovative project.

On the less positive side of Libra, its mere existence could potentially damage the global economy. Outlined via their whitepaper, Libra’s token will be fully backed by a multi-currency basket, filled with both fiat currencies and securities. In my opinion, this is a mistake.

To build a token backed by a basket essentially eliminates the idea of currencies and that will destabilize the economy as we know it. Competition and volatility is a positive consequence of international trades and real market actions. As we see in the concept of capitalism, competition can be healthy. In the case of international currencies, the competition promotes other countries to produce good results for their currency to grow and thrive.

To have a single, global currency, as Libra is somewhat suggesting, puts a lot of power into the hands of Facebook. If Facebook was a trustworthy organization, then this wouldn’t be an issue. However, we have all heard the stories about Facebook’s lack of transparency. This infamous trait carries on to Libra and if they truly want to establish trust from other countries, they need to be more open.

Trump vs. Zuck: If Libra wants to survive a deal must be made

Perhaps Libra’s biggest roadblock is one no one wants to deal with. Donald Trump. After France and Germany turned away Libra, Zuckerberg will need to make a deal with the USA and President Donald Trump if he wants to see any success. The President is a notoriously difficult negotiator but he and Zuckerberg have a few traits in common that could be mutually beneficial.

For one, the American dollar is baseless and as the President has pointed out many times, it has some issues. He hates the privately held Federal Reserve, which many consider a highly organized Ponzi-scheme that is continuously devaluing the US dollar. Yet, if Zuckerberg and Trump can come together and find a new way to help Libra enhance the value of the dollar and make it strong again, then Libra has a chance for survival in the future.

Switzerland proves they are smart in dealing with libra; renowned diplomacy

Switzerland has a great reputation for being a crypto-friendly nation but they have their limits. If the rest of the world says no to Libra, so will Switzerland. Swiss diplomacy is renowned for its intelligence. They’ve managed to avoid participation in all major global conflicts and keep their small, but strong country safe and with a tremendous economy. They’ve done this with the aid of effective risk management strategies.

They are taking a slight risk on Libra but a smart and calculated one. Right now, they are supporting Libra not just as a favor to Facebook, but for the added benefits they will bring to the whole country and crypto economy. When Switzerland stops benefiting from Libra, they probably will stop supporting Libra.

Switzerland sees the bigger picture of this. It’s not just about the technology behind Libra. Facebook’s resources will ignite discussions in governments, technologies, science and more. Even if they fail, it will do wonders to help advance the crypto movement and further establish Switzerland's “Crypto Valley” as the epicenter of innovation in this industry.

On a side note, all of this Libra hype is having a positive side effect for one other anticipated blockchain project. With all the drama surrounding Libra, Telegram’s TON project and its founder Pavel Durov can work without any government intervention or attention on the Telegram Open Network and GRAM token. With everyone looking at Facebook, waiting for the next move, Telegram will have more time and privacy to build what they want. As a result, it will probably be something more creative and innovative than Libra. TON is set to launch late this month, so we will see how it affects Libra’s position in the industry.

Libra still has a wealth of positive benefits to offer Switzerland and the crypto world on the whole. While it may not be truly innovative, it is still a great idea backed by some great minds. On top of that, the resources they bring to the table could potentially change the industry forever. However, Libra still has a ways to go if they want to stay alive and then compete.

Deals must be made with the world’s leaders and Zuckerberg must finally open up on the topic of transparency. Regardless of success or failure, there is no doubt new doors will come as a result of Libra. Meanwhile, Telegram is using this chance to develop, thrive and potentially pave the way for future projects. It will be interesting to see how Facebook manages its first foray into crypto. Let’s just hope it’s all for good.

Text LinkText Link
Read next
Bitcoin to GBP Exchange: 4 Things to Do With Your Profits