What is the Tether Stablecoin? A Detailed Introduction 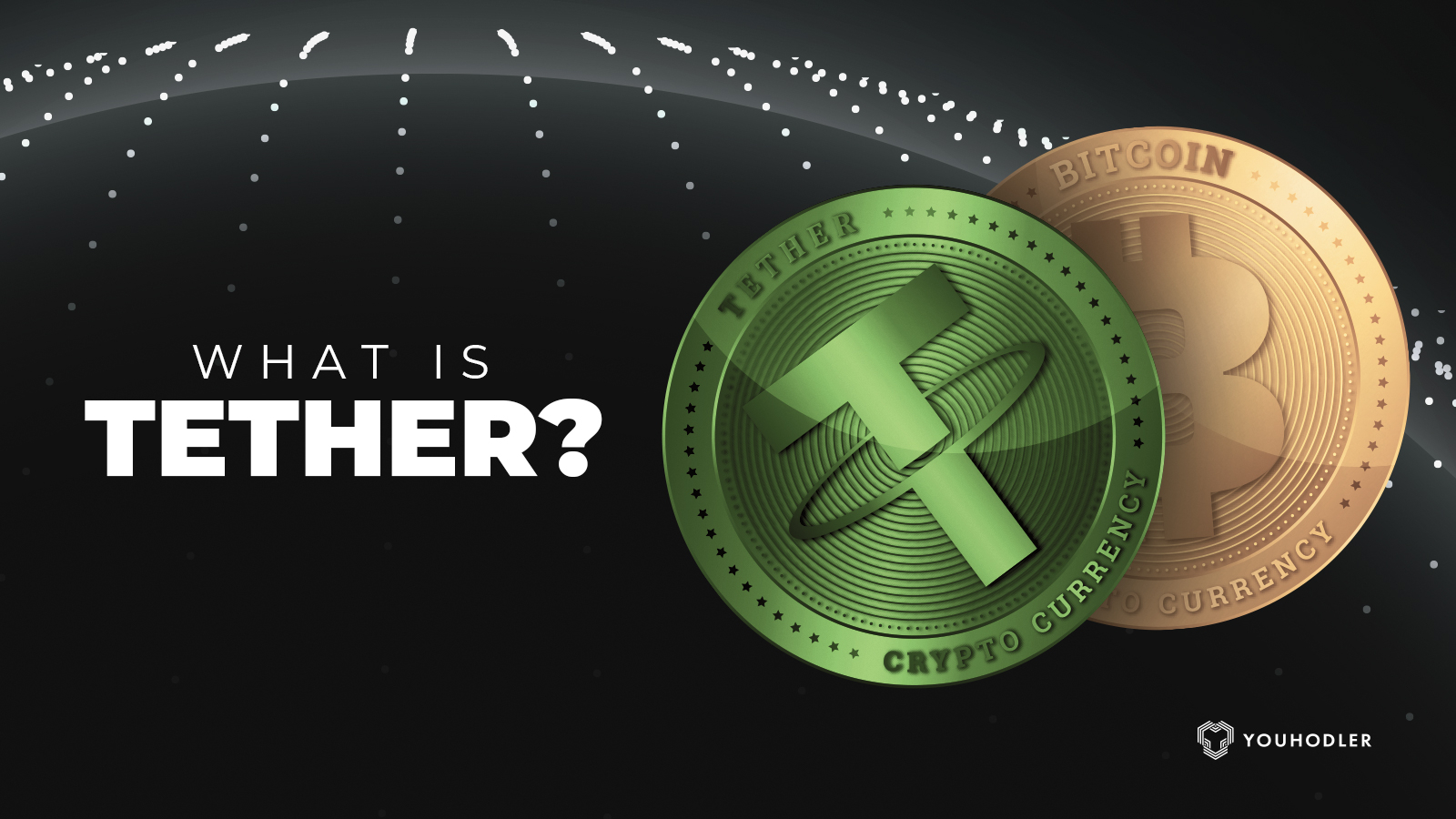 Tether stablecoin is a cryptocurrency whose total circulation volume is backed by an equivalent amount of traditional currencies like the US dollar, the Japanese Yen, and the Euro. These fiat currencies are held in a designated bank account.

The Tether Stablecoin was initially launched in July 2014 as RealCoin. However, it was rebranded as Tether by Tether Limited in November 2014. Tether has been trading since February 2015 and it is traded under the USDT symbol. Currently, it has a total market cap of $8,759,627,776 USD.

Why do we need Tether stablecoin?

First of all, Tether was purposely designed to offer a safe and transparent method to trade fiat currencies and cryptocurrencies for a minimal transaction charge to users. Tether stablecoin is pegged to the USD at a rate of 1 USD. However, it is to be noted that Tether Limited does not provide any guarantee to exchange Tether with US dollars.

One of the major benefits of Tether stablecoin is its stability. Tether holders can use it to purchase other cryptocurrencies or hold on to it as it is pegged to the US dollar and hence, it offers stability to its users.

Tether is used in 80% of all bitcoin trades as per CryptoCompare's data quoted by the Wall Street Journal. Tether stablecoin also has a competitive advantage against its peer stablecoins as its daily trading volume is 75 times higher than that of the next leading stablecoin. It has become the third-largest cryptocurrency in the world.

Tether stablecoin users are safe from the volatile nature of cryptocurrencies. However, it is to be noted that Tether's value fluctuates when the value of its pegged fiat currencies fluctuates, and hence, Tether users are not completely immune from volatility.

How does Tether work?

Initially, Tether was based only on Bitcoin's Omni platform, which was the backbone of multiple bitcoin-based blockchain-anchored digital assets. Tether Limited soon followed up with Ethereum-based Tether, EOS-based Tether, and Tron-based Tether.

Tether operates on a centralized framework and therefore, Tether is considered to pose a greater degree of risk as shown by a multitude of exchange hacks. The centralized framework model has proven to be very fragile so far in the world of crypto and Tether is not immune to this risk. Tether's connection to BitFinex too has raised many eyebrows in the crypto ecosystem as the exchange has been seen compensating for its losses using Tether's reserves.

#2 Troublesome History with the Banking System

As Tether Stablecoin's value is backed by a reserve of fiat currencies, Tether has to rely on traditional banks to hold its reserves. The tether should be using its full reserve on account of it being pegged to the USD at 1:1 ratio with none of its collateral deposit being lent out. However, full-reserve banks are not common anymore since the advent of fractional reserve banking and therefore, there are very few active banks that can deliver the services required by Tether.

Tether's detractors believe that Tether does not maintain a 1:1 ratio of the US dollars against the outstanding number of USDT tokens circulating in the market. However, Tether recently disclosed that they still held 100% of reserves needed but it is not collateralized with fiat currencies at 1:1 ratio, let alone maintaining the desired ratio of 1:1 against the US dollar. There have been calls from Tether users and detractors demanding a reputed third-party audit to unveil the true extent of Tether's collateralization.

Let’s take a look at the bright side of the Tether stablecoin. Here are three noteworthy benefits of using Tether.

Firstly, Tether was initially launched on the Bitcoin blockchain via Omni Layer and until recently, most of the Bitcoin-based Tether was operating through this Omni platform. However, the key people behind Tether stablecoin were able to foresee a serious congestion issue that could crop up in the future, and hence, they launched a project supporting Tron, EOS, and the Lighting Network in December 2017.

Therefore, Tether is transitioning towards blockchain agnosticism and this will help it maintain its superiority and prevent Bitcoin network congestion from becoming a roadblock towards its success.

Tether immensely benefited from its first-mover advantage in the crypto-ecosystem and this helped Tether amass a huge number of users resulting in increasing demand and a huge gain in terms of liquidity.

Tether also saw a high adoption rate among the Traders and institutions that trade in large volumes of cryptocurrencies as they depend on high liquidity to move in & out of the cryptocurrency world without ever experiencing any form of slippage. It has become the third-largest player in the world replacing Ripple (XRP) and it still maintains a huge lead against its peer stablecoins.

As per a stablecoin data aggregation website known as Stablecoins War, Tether maintains a share of 81.1% of the stablecoin market cap along with a share of 97.5% of all stablecoin volume. The nearby competitors of Tether with a meaningful volume include TUSD, USDX, and PAX. However, only TUSD has over 1% of the market share in terms or stablecoin volume.

It is quite evident that Tether has several issues concerning its trust, transparency, centralization, and legality. However, the market has overseen Tether's deficiencies in front of its benefits in terms of price stability, liquidity, and usability.

Tether has seen an increase in demand in East Asian markets and thus Tether has been rewarded with high liquidity and low volatility, which has further cemented its position as favorite stablecoin of crypto traders and investors. Currently, Tether is the de facto king of stablecoins and something monumental would be needed to dethrone Tether from its current position.