Tesla For Crypto: Who is the Winner? 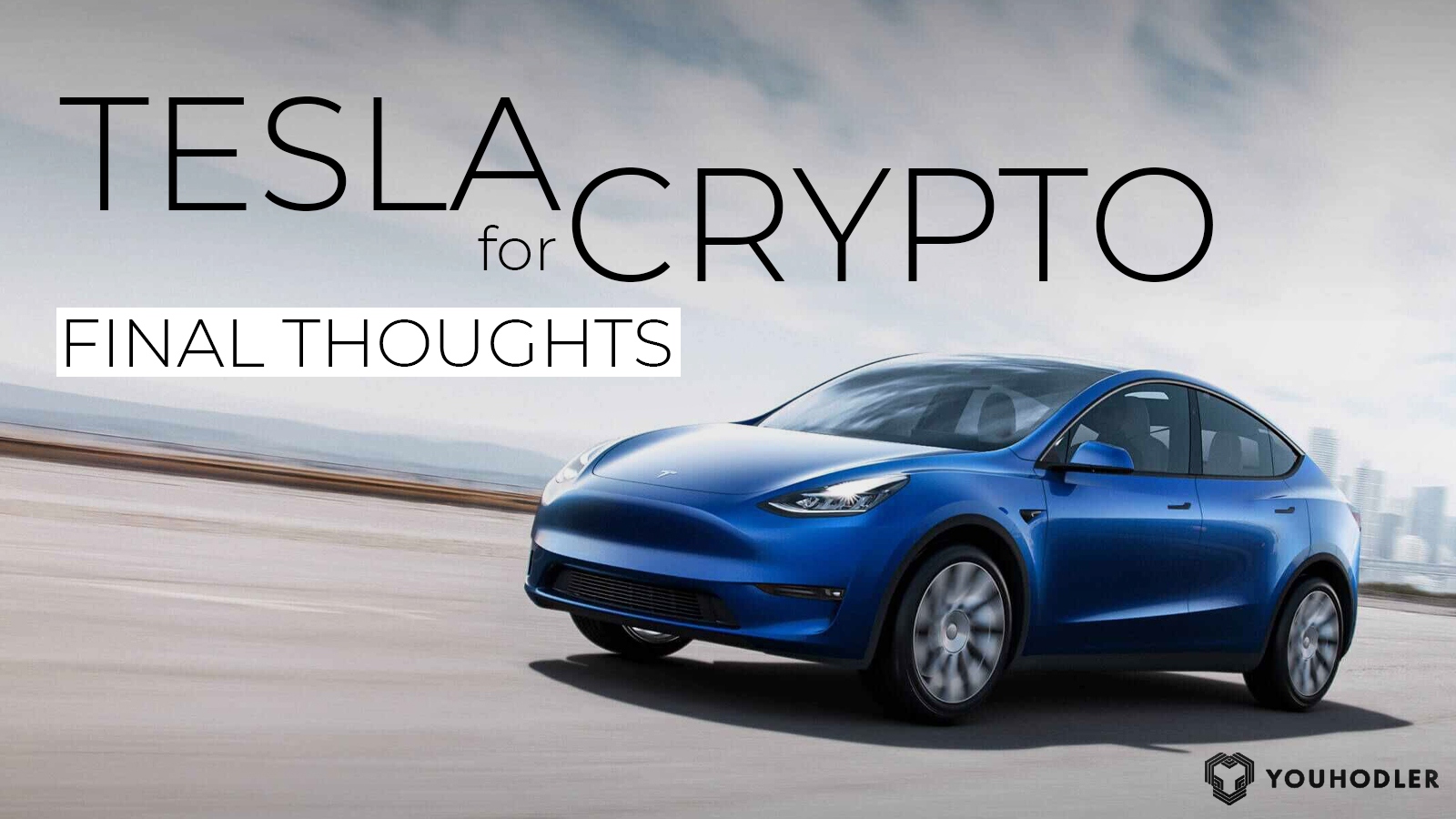 Well, what can we say? After several tumultuous months, the YouHodler “Tesla for Crypto” promotion is finally over. What started out as an innocent and fun way to capitalize off Elon Musk’s early involvement in cryptocurrency has descended into a Shakespearean drama filled with memes, dogs, bull runs, and rug pulls. Ultimately, it was a positive experience for us and for the community and we hope you enjoyed it.

We’d like to take a moment to debrief everyone on the results, our logic for picking the winner and a few words about the industry trend surrounding this promotion.

“Tesla for Crypto” was the most popular YouHodler promo so far

Let’s start with the good news. The YouHodler community responded nicely to the chance to win a brand new Tesla Model Y. In fact, it was our most popular promotion ever totaling 1,200 people in the contest with 19,661 tickets overall. We also received a lot of great feedback from the community from start to finish, so thank you for the kind words, everyone!

Mechanics behind the “Tesla for Crypto” transparency

When Bitcoin Pizza Day came, it was time to announce a winner. As a company that supports transparency whenever possible, we wanted to determine the winner in a clear, precise and unbiased manner. Hence, we used blockchain technology of course!

To determine the winner of the Tesla Model Y and maintain the order of randomness, we based it on a set of characters from the hash of the first Bitcoin block that was minted after 00:00 UTC on May 22, 2021. Congratulations to that lucky winner! We hope you enjoy the prize and continue to be a great member of the YouHodler family forever.

Why did we choose “Tesla for crypto” amongst all the Elon Musk drama?

The Elon Musk tweets had a huge impact on the entire industry. However, we had no idea this was going to happen when we first thought of this contest months ago. Back then, Elon announced that people could buy a Tesla with Bitcoin. The news sent shockwaves throughout the industry, skyrocketing the price of Bitcoin and other cryptocurrencies as loyalists chanted “mainstream adoption is finally here!” But then, everything changed.

Recently, Tesla removed Bitcoin as a payment option due to environmental concerns and the energy usage of Bitcoin. We all know what happened after that. Still, we had this ongoing promotion in the middle of this news which is why we thought of a creative solution to it all.

Choose your prize: Bitcoin or Tesla

That’s right. The winner doesn’t have to support Tesla if he doesn’t want to. If you don’t want a Tesla after everything Elon Musk did, don’t worry. You don’t have to buy Tesla with Bitcoin. You can just take Bitcoin directly. To put it simply, Elon refused to take BTC for Tesla but with YouHodler, the choice is yours!

Now, let’s meet the man himself. Eduardo from Chile was this year’s luckiest (and most active HODLer). We reached out to Eduarado to notify him about the great news and also ask a few questions for the community.

‍Q. Hi Eduardo! Congratulations on winning this promotion. Do you consider yourself more of HODLer or a trader? Do you think YouHodler has helped you “activate your crypto?”

A.  I'm 100% HODLer but sometimes, like recent weeks, trading appears as a “plan b” to hedge and protect capital.

Q. What is your opinion on the market from here on out? Are you bullish or bearish?

A. Despite all the toxic FUD everywhere, fundamentals are still strong in my opinion. What Michael Saylor and Elon Musk are doing is actually helping quite a lot to revert the current narrative focused on energy.

Q. What’s your favorite cryptocurrency and why?

A. Bitcoin in the first place by far. In a second slot, ETH, BNB, YFI and UNI.

Q. Do you have any valuable tips for the YouHodler community when using our feature or anything else on the platform?

A. If I have time I can write a couple of valuable tips articles about how to use YouHodler that in my opinion is the best platform in its category and if there is a chance to bring it to Latin America, I’d be happy to help

Q: Thank you Eduardo and again, congratulations on the prize.

Are NFTs Dead? 5 Reasons We Say "No"
US CPI Data: What is the CPI Effect on Crypto?
Enjoy Free Secured Cold Storage with Ledger Enterprise + YouHodler
FTX Exchange Collapse: Sharing Our Thoughts
ALL POSTS