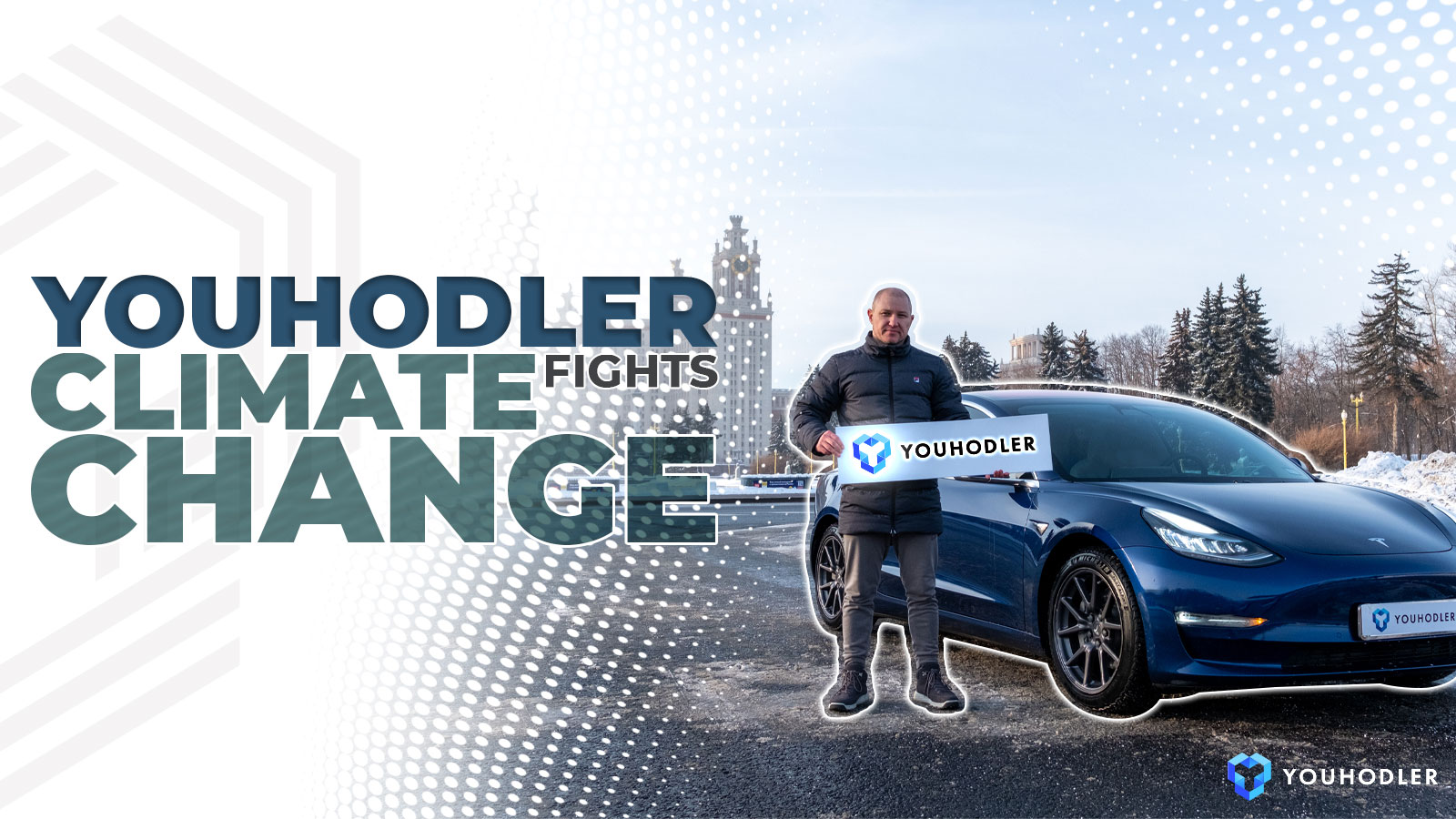 In October of 2021, YouHodler announced the winners of our “Tesla for Crypto” campaign which saw three loyal community members win prizes that helped make Bitcoin greener. The point of the campaign was to give our community the chance to win something great but more importantly, we wanted to use this platform to highlight the importance of cutting the carbon footprint of Bitcoin. The prizes, which are all some form of an electric vehicle, aim to achieve that.

The campaign was held from September 1 - October 31, 2021, with the final winners being:

YouHodler believes that switching to electric vehicles is one of the most important factors that combat climate change. Hence, we thought there is no better prize than a Tesla Model 3, an electric motorcycle, and an electric mountain bike.

Third place winner Michael (pictured in the bike above) was interviewed after the contest. He said that “I like that there are gradually more energy-efficient cryptos that are proposed as I’m afraid that it might become a real challenge in the long run. I am concerned by my carbon footprint so I’ll use my bike to replace my car for as many trips as possible.”

YouHodler partners with ImpactScope to offset the Bitcoin carbon footprint

Aside from the prizes, YouHodler went another step to further offset the Bitcoin carbon footprint. In partnering with ImpactScope, the two companies are donating Bitcoin transactions made by the contest participants to one of the following projects:

Thanks to the collaboration, each participant could potentially offset nearly 2.6 tons of carbon emissions (totaling 334.5 tons).

“On the one hand, crypto tokens have their undeniable benefits that are shared by users all over the world. On the other hand, Bitcoin mining produces as much carbon dioxide as the whole country of Sri Lanka does in a year”‍

says Ilya Volkov, CEO & Founder of YouHodler. “As a responsible crypto company, we felt it was important to step in and push the industry to work on this issue and ultimately make Bitcoin green”.

How to become an active global citizen (and active HODLer)

Blockchain technology is revolutionary as it adds a whole new level of transparency that never existed before in the financial industry -- and beyond. However, this new technology is energy-intensive. Yes, there are many improvements from Bitcoin in terms of new, greener blockchains but Bitcoin is still here and it’s not going away any time soon. That’s why YouHodler will continue to do its part in inspiring carbon-offsetting behaviors and do everything in its own power to operate as green as possible.

We call that being an active global citizen and it falls in line with our approach to being an active HODLer. Active HODLers don’t just sit there and wait for the profit to come to them. They take control of their portfolio and do something about it. Our platform has several features to help people open up connections between crypto and the real world, allowing them to use crypto assets without selling them:

So join us to support the new digital economy, while simultaneously being mindful of its carbon footprint. We should all take steps to help the environment, and ourselves by being more active.

YouHodler Now Accepting Apple Pay For Crypto Payments
What Is a Take Profit Order?: Tips for Trading Crypto
Dual Asset: Instructions for use
YouHodler Gets Regulatory Approval to Operate in Italy
ALL POSTS