We use cookies to improve your experience. Cookie Declaration
ACCEPT ALL
TWWin a New iPhone 12 With Your Best Multi HODL Deal Learn more

Hyperinflation on a Global Scale: Is Crypto the Answer? 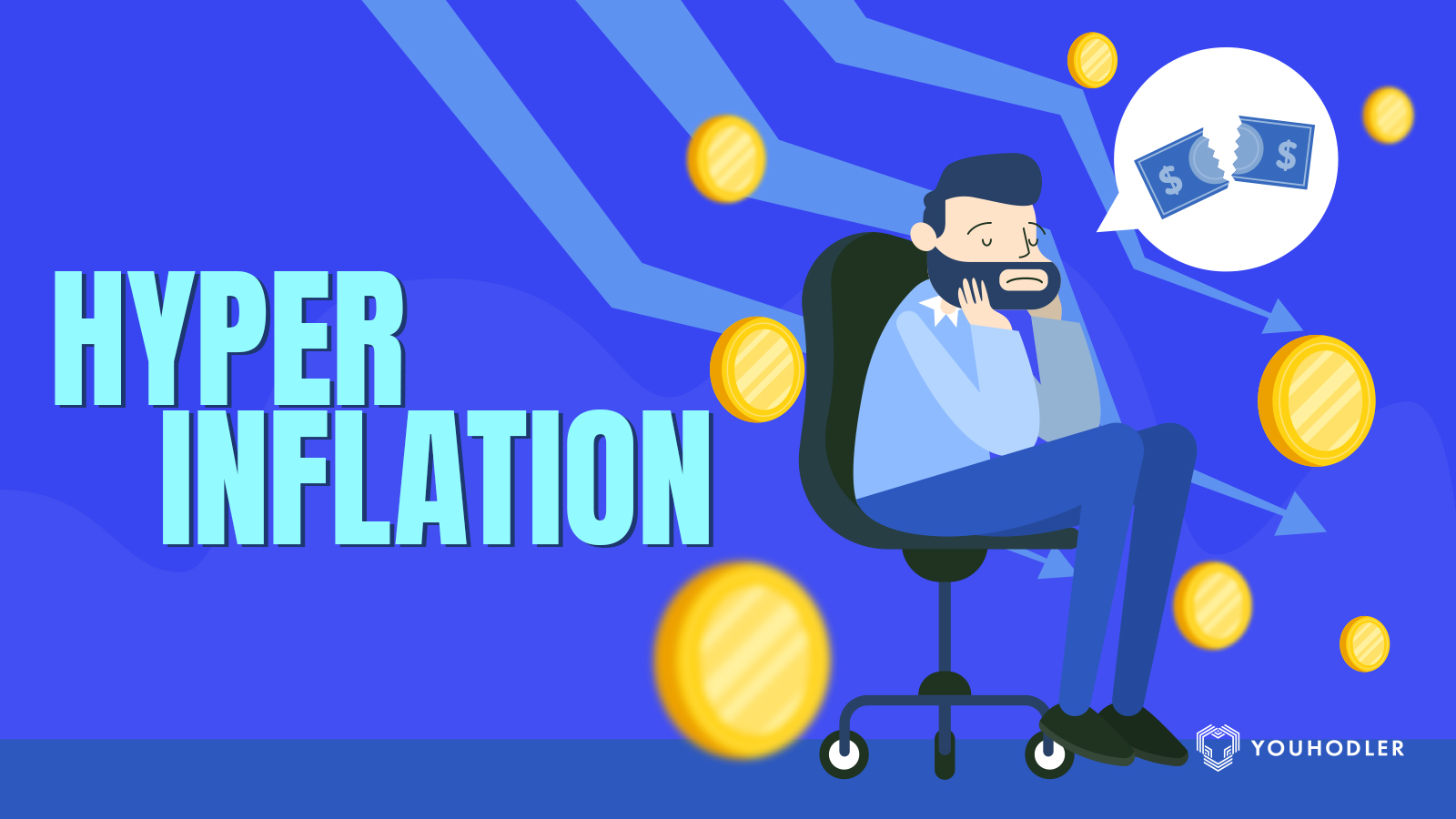 “Hyperinflation” is a word many economists have been throwing around lately. Due to COVID-19, global banks have initiated “quantitative easing” measures, which is resulting in the rapid printing of fiat currency. While the intentions of this are supposedly good, what will happen in the future? We’ve seen how hyperinflated currencies destroyed economies in Germany during the 1920s, Venezuela (starting in 2016 - now), and others in the past but this could be the first time we experience it on a global scale. With experts debating the solution, cryptocurrency purists are starting to use this opportunity as a chance to push the promising technology forward.

Hyperinflation examples through a localized lens

In economic terms, hyperinflation is the event of a local currency’s value decreasing rapidly while the price of goods conversely increases. Most recently we’ve seen this in Venezuela, a country that is still struggling to recover from this event. Looking further back at localized events, Germany’s case in the early 1920s is perhaps one of the most infamous.

In 1923, the Deutsche Mark (DM) collapsed due to a combination of outstanding reparations payments from Germany to France as a result of the Treaty of Versailles and several poor government policies.  In his book, “When Money Dies: the nightmare of the Weimar hyper-inflation” author Adam Fergusson features many first-hand accounts of this era from German citizens.

One citizen explained how many of his countrymen

‍“clung to the mark, the currency they knew and believed in, long after the eleventh hour had come round for the umpteenth time...paper or gold, a mark is a mark is a mark. If prices went up, people demanded not a stable purchasing power for the marks they had, but more marks to buy what they needed. More marks were printed, and more.”

The German’s faith in the DM is what helped it collapse even further. Instead of transferring their wealth into a healthy, stable asset, they hoarded their DM as the government continued to print more. Ultimately, the country was reduced to a bartering system where cigars and silk were exchanged for food and water. Today, we are seeing similar behavior but on a global scale.

After the stock market crashed on March 9, 2020, we saw people pulling out of the stock market, the gold market and the cryptocurrency market to stockpile cash. As the global governments are currently printing money at a rapid rate to offset the loss, are we heading straight for a global hyperinflation event?

Hyperinflation on a global scale: could this be the first?

Coincidentally, a macro strategist from none other than Deutsche Bank states the differences between the market in 2008 and 2020. 2008 was a crisis driven by “demand shock” while 2020 is surely a “supply shock” that is now spilling over into demand. No one is going out to restaurants or stores because of these lockdown orders. Hence, governments are printing money to try to artificially "recreate" the economy before lockdown times.

While helping these businesses survive this pandemic seems like a good idea, many analysts believe this hyper spending will result in hyperinflation which will ultimately decrease the living standards for global citizens for years to come. So what are everyday people to do if cash, their most prized possession, suddenly becomes worthless? Cryptocurrency may be the answer.

Here is how crypto can combat hyperinflation‍

‍In certain situations where traditional fiat currency is not available or simply worthless, society creates a new currency they deem valuable. During the German hyperinflation event of the 1920s, commodities like cigars replaced the DM as a form of valuable currency to be stored and traded.  To give another example, an economist and academic from Monash University in Australia states that

‍“historically, money has value because people use it and believe it's worth using. Cigarettes are money in prisons — no one thinks of it as money, but you can get someone probably beaten up, or killed, or whatever the criminals do for cigarettes. Now, it isn't worth much more than cigarettes, but in prison, it's probably as good as gold.”

Speaking of gold, some precious metals experts believe that is always the proper choice in terms of economic turmoil. Gold is a stable asset that holds its value very well compared to fiat currency. The downside to gold, however, is it is an inconvenient method of payment and storage. Cryptocurrency, on the other hand, offers a unique, convenient and efficient escape from foreign currency markets.

We’ve already seen the crypto market behave in a far more stable manner than traditional markets during this crisis Hence, citizens can start using crypto to hedge their assets and protect their wealth. Furthermore, cryptocurrency is a borderless currency that can be sent all around the world in seconds for fractions of a dollar in transaction fees. Yes, cryptocurrency can be volatile at times which is why stablecoins backed by gold (PAXG) are gaining popularity in some circles.

These stablecoins have all the benefits of cryptocurrency (privacy, convenience, low transaction fees, fast transaction times, transparency, etc) with the added bonus of stability. Stablecoins are also a major component of the Crypto Carry Trade Strategy. A strategy that involves trading fiat for stablecoins and then benefiting from high-yield savings accounts (like 12% APR on YouHodler). Additionally, users with these accounts can benefit as the price of crypto rises against fiat using multiplication tools like MultiHODL.

We’ve already seen countries like Argentina, Turkey, and Venezuela embrace cryptocurrency with open arms during their moments of hyperinflation. As the crypto markets begin to mature, as they are now, volatility will decrease and we will see more people transfer from hyperinflated fiat currencies to the new safe haven of digital assets.

Every catastrophe is an opportunity for change

Looking back at every negative event in the world, there is always a trend of change. Of course, there is the obvious change of the negative event but more importantly, we must look at the change that happens after the negative event. Each catastrophe is an opportunity and catalyst for development. The COVID-19 financial crisis is no different. When this is over and we come out on the other side, financial weaknesses will be clearly exposed and governments around the world will look for new solutions. Is cryptocurrency that solution? It’s too soon to tell but one must be prepared for either outcome.

YouHodler’s vast suite of crypto-backed lending solutions, wallets, margin trading tools, and high-yield savings accounts equip our clients with everything they need to protect their financial assets and prepare for a profitable future. Right now we are in the midst of a massive opportunity for your portfolio. Don’t sit idly by and wait for hyperinflation to occur. Instead, stay ahead of the curve with smart, informed strategies.

YOUHODLER: UNLEASH THE VALUE OF YOUR CRYPTO

Senior Content Manager/Editor of the YouHodler blog. Connect with him about writing techniques, cryptocurrency, and music.

YouHodler Announces Launch of its Swiss Platform
The Crypto Bubble: Is it Real? (and How to Protect Yourself)
2020 in Review: Reflecting on a Year of Deep Valleys and High Peaks
Initial DEX Offering: What Is the IDO Model About?
ALL POSTS