The Gold Standard: What the History Books Don’t Teach You 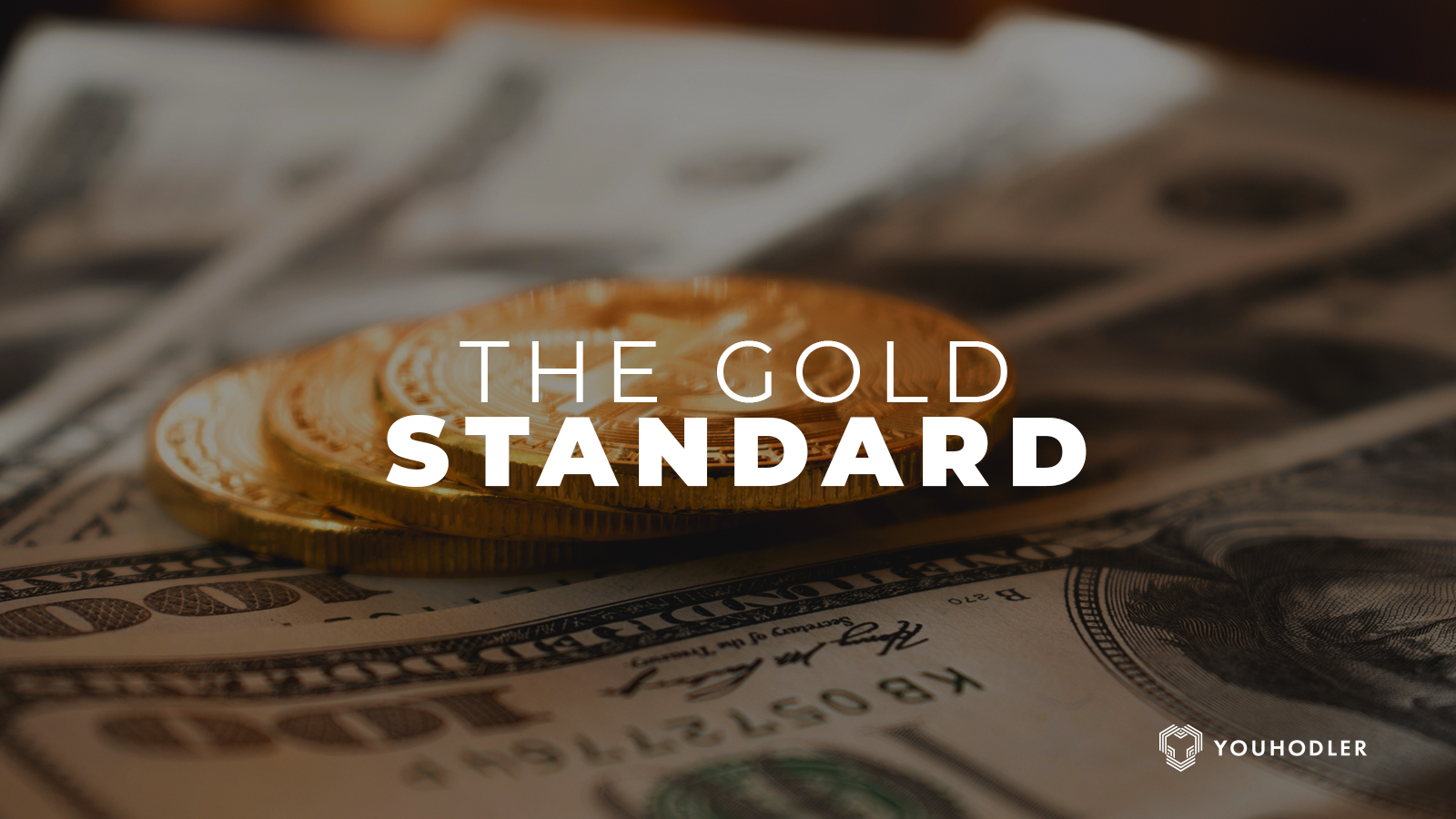 The gold standard. An archaic system that simply failed to support the growing global economy? Or was it closer to an economic utopia that was stolen from us by our corrupt leaders? The history of gold as a currency is by no means a secret but it seems many of us have forgotten a few choice details. So, to truly understand the potential that gold-backed stablecoins like PAXG and cryptocurrencies like Bitcoin have, it’s first important to learn of gold’s long and controversial history so we can avoid the same mistakes again.

The gold standard: the early days of our gold obsession

Compared to other precious metals, gold has made an incredible impact on mankind over the past 5,000 years. The combination of its scarcity, density, and pliability makes it truly a unique resource. In the early days of the gold obsession, it was used mostly for worship, as evidenced by many sacred ancient sites around the world. 700 B.C. saw the first instance of gold being shaped into coins for the purpose of currency.

In the 15th century, the discovery of the America’s took gold production to new heights with a variety of gold rushes in South and North America. Gold rushes in Australia, and South Africa quickly followed, all happening from the 15th century up until the 19th century. Somewhere in the midst of these gold rushes, Europe invented paper money in the 16th century, which eventually started to dominate the monetary system and create a rift between gold and paper money. As a result, a new monetary system came in place which we now refer to as the gold standard.

What is the gold standard?

Simply put, the gold standard was a monetary system where gold backed the value of paper money. 1696-1812 saw the rise and formalization of the gold standard to fix the problems paper money presented. In the United States of America in 1792, Congress granted the right for America to print money and regulate its value. Hence, a new united national currency was established based on the bimetallic standard which was backed on a silver-gold ratio of 15:1.

Ironically enough, it was the rest of the world who adopted the gold standard first with the U.S.A being one of the last countries to join around 1900. 1871 - 1914 was the “gold era” of the gold standard and in this period, political conditions were perhaps as idealistic as they’ve ever been. Governments cooperated extremely efficiently together to ensure this system was properly maintained and in general, the world was a calm, peaceful place. However, this all came to a crash during the outbreak of the Great War (World War I) in 1914.

The gold standard comes to a draconian end

World War I destroyed many political agreements and global finances started to crumble. Governments lost confidence in the gold standard while a variety of post-war crises such as the stock market crash of 1929, war debts, repatriations, overextended banks, and more all resulted in dire economic situations.

As a result, many citizens started hoarding gold as a hedge against hyperinflation, something the U.S. government at the time started to fear. Therefore in 1933, U.S. President Franklin D. Roosevelt signed Executive Order 6102 which

‍“forbid the hoarding of gold coin, gold bullion, and gold certificates within the continental United States.”

‍Those who failed to comply were threatened by a penalty of $10,000 and up to five to ten years imprisonment. The main reasoning behind this executive order was to give the nation’s central bank (the Federal Reserve) more liquidity so it could, in turn, increase the paper money supply during the Great Depression. What followed was decades of arrests by the Federal Government on its own citizens for illegally possessing gold.

What was supposed to be a temporary law to stimulate the Federal Reserve remained in place until 1974, which coincidentally enough, was three years after the gold standard officially ended, making the U.S. Dollar the number one currency of the global financial system which it remains to this day.

As evidenced by this little history lesson, the current financial system we are all a part of is wrought with corruption and minimizes freedom for the everyday person. In 2009, new technology came to be that sought to unchain us from the current restrictive system. Bitcoin, built on blockchain technology, quickly adopted the moniker “digital gold” due to its scarce quality. However, it’s extreme volatility scared many skeptics away from using it as a hedging mechanism, much like many use real gold for today.

Much like its fiat-backed brother, a gold-backed stablecoin gets its value from real gold, held in real vaults. It’s a much more convenient way to store and transfer gold while simultaneously benefiting from its consistent and stable value. Furthermore, it makes it easier for the common person to buy gold since one can buy fractions of gold bullion and not need to pay expensive storage fees in banks or private vaults. This is a fantastic way to once again redistribute the gold wealth across the world after the governments began hoarding it from its citizens. That being said, these companies controlling such stablecoins as Paxos Gold (PAXG) need to have enough reserves of real gold, or else history will repeat the scenario of the Federal Reserve in 1933.

Going back to Bitcoin, the original “digital gold”, this cryptocurrency and others like it offer protection against future draconian laws such as Executive Order 6102. With cryptocurrency’s self-custodial nature, you and only you are in control of your funds. No one can physically take your crypto wallets from you nor can any bank forcefully block you from your money since they do not hold your crypto.

For these reasons, many consider Bitcoin as a new and improved version of gold. Its limited supply prevents inflation and there is no risk from outside governments trying to take it from you. Perhaps with Bitcoin, we can return to the political peaceful days before World War I, where the financial system was managed equally amongst the world. It happened once before and it can happen again but in order to change the future, we must first understand past history like this.