Ethereum 2.0: From the Tech Point of View 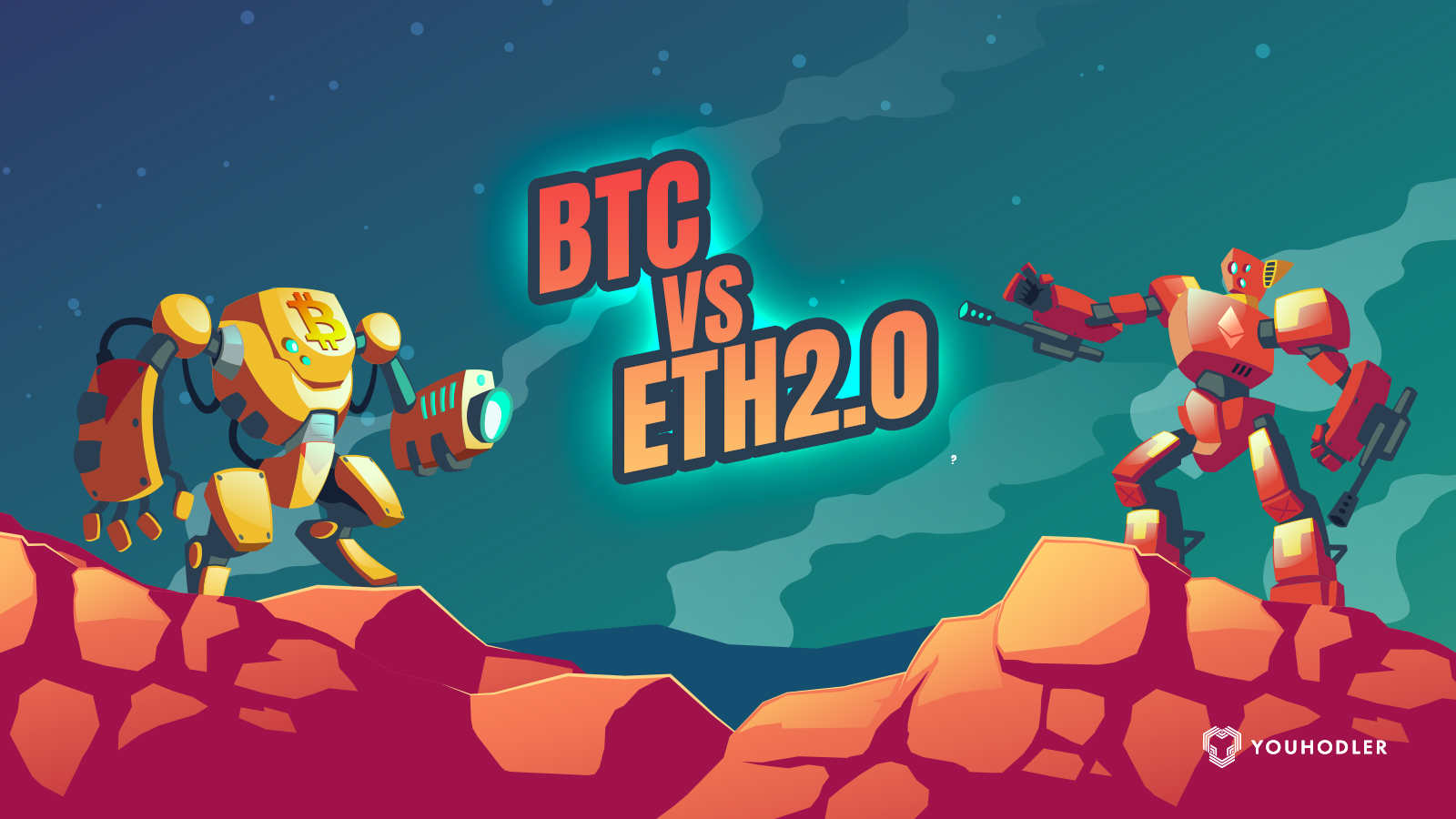 Ethereum, Bitcoin’s number one competitor, has struggled to take the top spot ever since gaining international recognition in 2017. Even though Ethereum is technically more advanced than Bitcoin, it still struggles with a wide variety of issues that are keeping it firmly in second place. Hence, founder Vitalik Buterin aims to address these issues in Ethereum 2.0, upgrade the underlying blockchain and hopefully, put an end to Bitcoin dominance. We’ve previously discussed what sort of market impact ETH 2.0 may have but now let’s examine the new era of Ethereum from the tech point of view.

Compared to some of the newer blockchains out there, Bitcoin and Ethereum suffer from significant performance issues, especially when the blockchain gets congested. The main reason for this is that these blockchains (and many others from the early days of the technology) use a processing power called proof-of-work (PoW).

PoW is a method that validates and records all transactions on the blockchain. To do this, computer nodes compete against each other to generate cryptographic (hence the name cryptocurrency) hashes that fulfill a pre-determined level of difficulty. In order to maintain security, the system keeps these complexity levels high so that the network cannot be hacked due to the extremely high costs of operating hardware required to do so.

While this sounds great in theory, PoW comes with several downsides, inefficiency being the main one. Hence, to solve this issue, Ethereum 2.0 plans to move its blockchain to a proof-of-stake system (PoS).

Benefits of a PoS system include:

Another innovative technique Ethereum 2.0 will implement to improve scalability and efficiency is something called “sharding.” in the current blockchain, all chain data needs to be verified first by all the nodes. As a result, processing speed is severely limited by the speed of its slowest user. Imagine running a marathon tied to four of your friends and halfway through the race, your fourth friend starts walking. This puts a strain on everyone else, decreasing efficiency, reducing speed, and increasing energy consumption (transaction cost in terms of blockchain).

However, sharding solves this dilemma. Sharding breaks down the data verification process into different parts of nodes. Each node is responsible for verifying its own data, dividing up the workload, and making it an independent process. Now, the blockchain can take advantage of the “parallel process” which increases capacity, speed, and efficiency.

Ethereuem 2.0 and the Ethereum Virtual Machine no one cares about

Do you know about Ethereum Virtual Machine (EVM)?. If so, consider yourself rare. Sure, EVM is a widely used language but even for the people who use it, it’s still extremely mysterious and largely misunderstood. Programmers with the highest degree of skill often complain of EVM’s complex execution environment. In order to make the network more accessible to programmers, Ethereum 2.0 will ditch the EVM altogether and instead, introduce something new called eWASM.

eWASM will use popular web assembly language, a major sigh of relief for developers everywhere. Hence, programmers can now create Ethereum dapp code directly inside all the most popular web browsers. Furthermore, programmers will now have the choice of a variety of languages like C++, C, and Rust to write code that runs on the Ethereum blockchain. In theory, this will immensely increase the number of programmers willing to use the system since they don’t have to learn a highly-complex language only compatible with the Ethereum network.

of course, the big question on everyone’s mind is when will Ethereum 2.0 come to fruition? Well, there have been several delays and even more rumors of further delays. According to Ethereum’s “Roadmap to Serenity,” Phase 0 was supposed to start in 2019 but is now scheduled for the second half of 2020. The crypto community has been quite critical of these delays but this is no easy task. The Ethereum team definitely underestimated the scope of this upgrade but when accomplished, it will seriously start to challenge Bitcoin dominance in the market.

The roadmap looks as follows:
Phase 0: Implementation of the new Beacon Chain

Phase 1: Implementation of the Shard Chains

Ethereum estimates phase 3 will come in 2022 but as we saw, delays are common on this project so ETH enthusiasts must practice good patience. If so, they may be rewarded with the end of bitcoin dominance and ETH bull run unlike we’ve ever seen.

Despite the delays, the general sentiment around Ethereum 2.0 is a positive one. Billions of dollars and thousands of unique projects all depend on an improved Ethereum network and if they get it, Ethereum very well may become “the world’s supercomputer” as it originally stated in its value proposition. ETH 2.0 is the largest update the cryptocurrency industry has ever seen with hundreds of developers working on it. If it can complete its vision in a reasonable timeframe, the old and outdated Bitcoin dominance era may very well come to a final end.