We use cookies to improve your experience. Cookie Declaration
ACCEPT ALL
TWDouble Profit: trade crypto and we will double the profit.Learn more 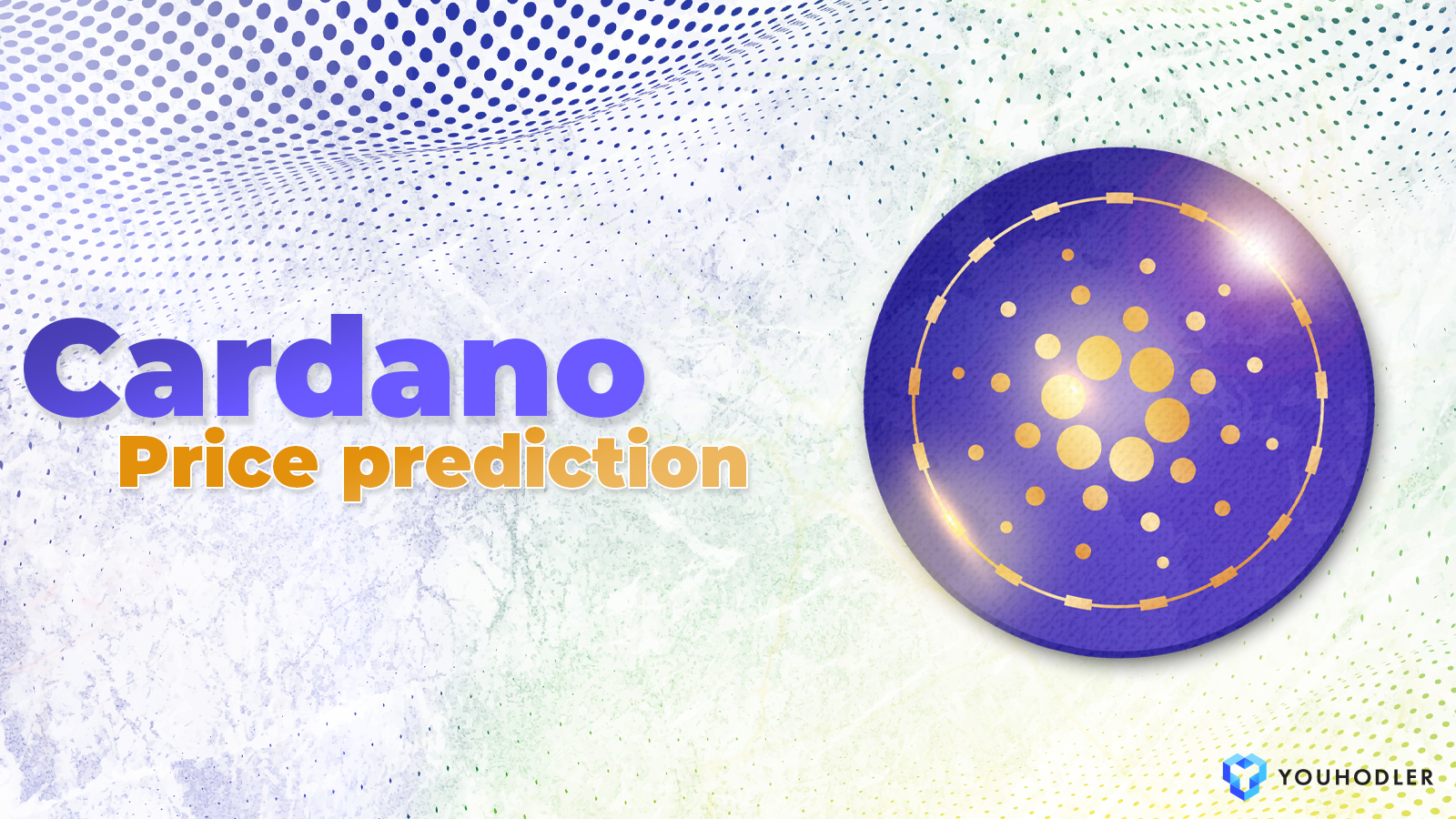 Despite being the first and most popular cryptocurrency, Bitcoin (BTC) continuously comes under fire for its inability to scale the network effectively. In the meantime, several competing blockchains have risen to prominence, addressing these issues and trying to take blockchain technology to the third generation. Cardano (ADA) is one such blockchain attempting to take down the kings of Bitcoin and Ethereum. However, Cardano comes with some controversy of its own. That aside, it has potential in the next few years which we are going to examine in this article but first, an introduction.

Before we understand Cardano's price history and ADA price prediction, we first must understand the history behind this polarizing project. First and foremost, Cardano is a smart contract platform. It wants to “make the world work better for all” – a quote by them – via smart contracts. Unlike other projects that take a more tech-based approach, Cardano has brought on many developers and visionaries with a “changemaker” approach for their operations.

Cardano also has an enterprise branch. EMURGO handles all commercial ventures for Cardano and facilities business integration with the blockchain. The third and final branch of Cardano is IOHK. IOHK is the project’s tech and engineering company. It builds and maintains the blockchain platform and focuses on a peer-to-peer scientific review approach.

ADA is the native token of the Cardano platform just as ETH is to Ethereum, XRP is to Ripple, and so on. ADA is named after Ada Lovelace. Lovelace was a 19-century mathematician who many call the first programmer ever.

Cardano has three main features that are unique to the blockchain compared to its rivals. For example:
‍

The Cardano team created 45 billion ADA tokens in advance. When the project launched, 35 billion of those tokens when to creators and ICO participants. The other 10 billion were then gradually added into the circulating supply upon the discovery of new blocks in the blockchain. Unlike other blockchains that reward miners to mint new coins/tokens, Cardano users a transitional inflation control scheme without the use of miners.

2. The Ouroboros algorithm confirms all transactions.

Ouroboros is a proof-of-stake (PoS) protocol that Cardano claims to be the first provably secure PoS protocol. The protocol is guaranteed security as long as 51% of ADA is held by honest holders. Cardano believes doing so will keep ADA's prices consistent and secure.

Ouroboros verifies transaction blocks by dividing chains into epochs. These epochs are then broken up into time slots led by a slot leader. The slot leader is elected for every time slot and is fully responsible for adding a block to each chain, thus verifying transactions. ‍

Despite the above seeming complicated, Cardano transactions are fast and cost less than Bitcoin or Ethereum. Ethereum has come under fire recently for extremely high transaction fees.

Now that you have a brief introduction of Cardano, let’s analyze a few factors that may influence Cardano’s price in the next several years. Of course, no one can make a completely accurate prediction of ADA price today, tomorrow, or next year. However, by looking at a few key factors, we can identify a general trend that can help you with your investment strategy. ‍

Bitcoin is like the sun. No altcoin can escape Bitcoin’s gravitational pull. That’s just the way the market works now. Until something else takes Bitcoin’s place, that’s just the way it will work. The reason for this is that most institutional investors have Bitcoin in their portfolios. If they have high confidence in BTC, then that will trickle down to the other coins like ADA. ‍

Cardano takes a two-layer approach to architecture. It was created let smart contracts and decentralized applications (dapps) run simultaneously. Therefore, Cardano’s success doesn’t only rely on ADA’s price. The more developers embrace Cardano’s blockchain to build more dapps, then that leads to higher demand for ADA. People need to build on and use Cardano. It needs utility beyond just an idea. Otherwise, ADA’s price will fall.

Cardano’s price history in the past

Cardano first hit the market in late 2017 and has enjoyed quite a lot of volatility in that time. Remember, there are opportunities in all market conditions so volatility in either direction is good.

in 2018, crypto analysts predicted that ADA would break through the $1 mark, which it indeed did. However, this price rise was due to speculation only as Cardano was nothing more than an idea at the time. In the 2018 bear market, ADA’s price, like all crypto prices, plummeted until 2020 when it started seeing signs of life once again.

After the March 2020 crash wiped billions from the crypto market, ADA rebounded above $1 once again before stabilizing at $1.30 around July - August 2021. In September 2021, ADA jumped up to $2.98 for speculative reasons before slowly declining back down once again.

What can we expect from ADA in 2022? As stated earlier, ADA’s success depends on Bitcoins for now. Bitcoin will either recover from its rough 2022 start or it will continue to descend into the bear market territory. If BTC finds itself in a bear market in 2022, then ADA will as well. So keep an eye on Bitcoin’s price to get an idea of where ADA is heading.

Aside from Bitcoin’s price, there are development factors that will impact ADA’s price this year. For one, IOHK CEO Charles Hoskinson stated that “there are over 127 projects that I’m aware of that intend to or are actively building on Cardano.”

Hoskinson also hinted at more decentralized exchanges coming soon on the Cardano mainnet in addition to microfinance transactions on Cardano coming in 2022. Furthermore, the next hard fork combination event is in June. It will bring a lot of improvements to Cardano's smart contract platform (Plutus) and enable seamless collaboration amongst leading DeFi protocols.

If a large-scale DeFi ecosystem does emerge on the Cardano blockchain, as it did on Ethereum or Solana, this could drastically impact Cardano’s price prediction for the future.

According to long-term data from DigitalCoinPrice.com analysts, ADA price will reach a high of $4.59 by the end of this decade and will roughly 1x every year until then.

That is a rather conservative estimation though. Other analysts like PricePrediction.net see ADA’s price going as high as $69.07 by 2031 and $7.50 in the next five years. They support this prediction with statements regarding Cardano’s future as a leading blockchain for dapps and NFTs. Something that is yet to come true but is certainly a possibility.

Cardano price prediction: how to make the most of it

As you can see, crypto analysts aren’t exactly in agreement with the ADA’s long-term price prediction. However, that shouldn’t stop you from exploring the opportunities ADA provides. At YouHodler, we suggest taking an analytical approach to your HODLing techniques. Brush up on your chart reading skills and keep an eye on Bitcoin’s behavior every day.

Also, it helps to recognize that opportunities exist every day, regardless of the market’s situation. When the market moves up or down, there are opportunities to take advantage of. YouHodler gives you the tools to experiment with the market in various ways. Whether it’s ADA-backed loans, ADA savings accounts, or trading ADA with Multi HODL, we have you covered. So try out our platform today and see how you can get creative with ADA’s future price.