The Bitcoin Bottom: Are We Near the End? 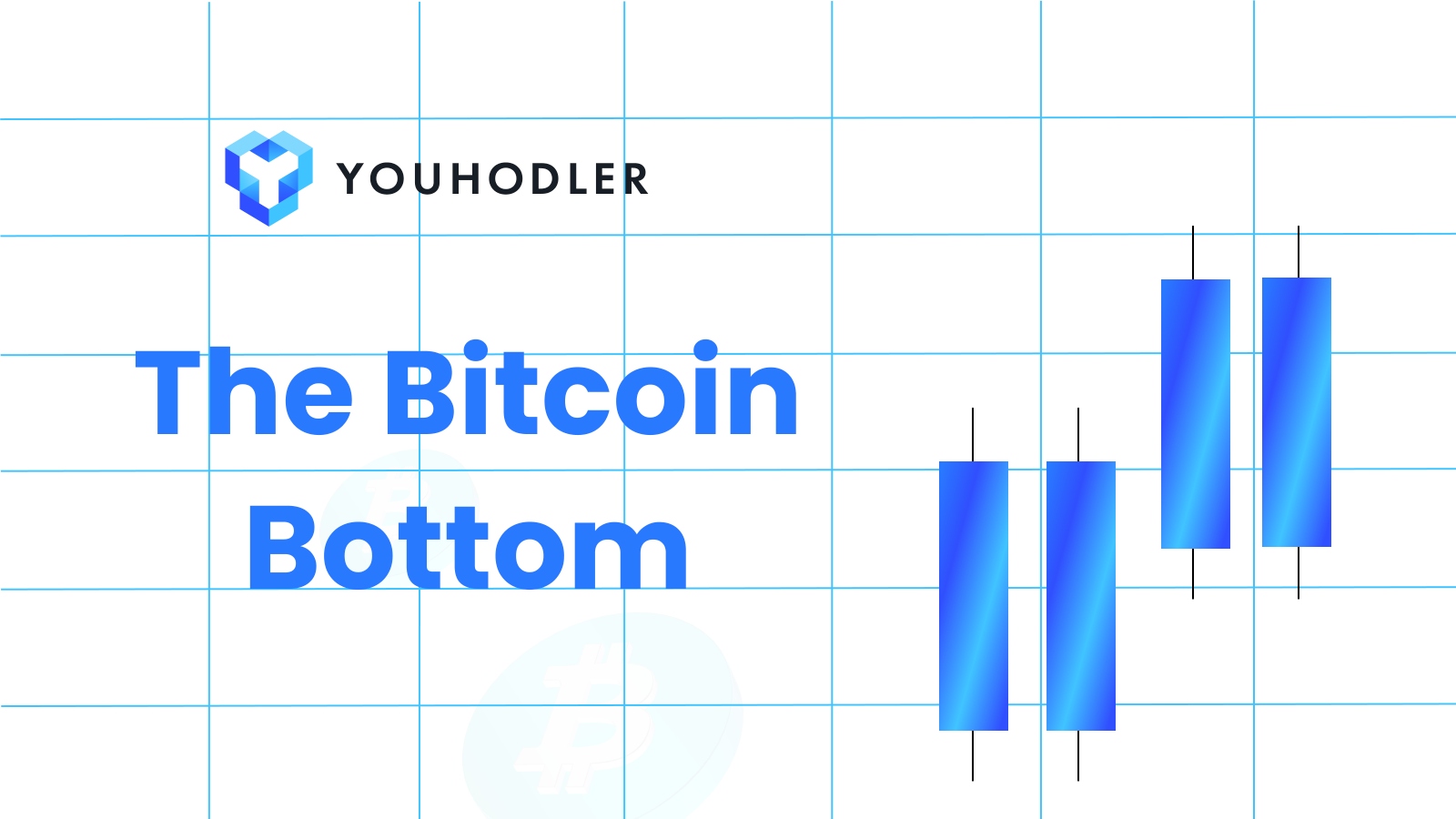 The cryptocurrency market has experienced recent volatility. Bitcoin (BTC) suffered major price movements. Still, November ended on a high note for Bitcoin’s price. Investors are hoping this means Bitcoin has bottomed out. If it has, its prices will become more stable and rise going forward. There are several reasons why experts speculate that the Bitcoin market has already reached its bottom.

are indicative of a Bitcoin bottom. Yet, there are also a few reasons against this argument:

In this article, we’ll examine each reason for and against the Bitcoin bottom in detail. We’ll also explore the possibility of Ethereum surpassing Bitcoin.

True to its name, this index measures the fear and greed sentiments of investors. Recently, the fear and greed index displayed extreme levels of fear at a score of around 30. A score of 0-49 indicates fear, while 51-100 indicates greed. In January 2022, the index measured a score of 10 (higher fear) when the BTC prices dropped 50%. High levels of fear are an accurate predictor that a bull market and reversal of crypto prices are coming.

During times of greed financial, risk is at its highest. Investors are feeling a mix of excitement and anxiety, and are ready to make a profit. It’s the best time to smell, while times of fear are the best times to buy. During the Bitcoin bottom, panicked investors will sell their Bitcoin en masse. This potentially brings the value of the crypto surging upwards, as people will race to invest at a lower price point.

This phenomenon is also called the morning star candlestick pattern. Investors often trust the accuracy of this index in predicting rising prices. Investors of crypto and stocks have used the technique since 2012.

Right now, Bitcoin’s realized price is at $17,800 and has been trending at around that value for several months. This means the crypto holders are currently experiencing a total unrealized loss. When selling prices stay below the realized price, it can signal a Bitcoin bottom. This has been the current trend for multiple months. In the past, Bitcoin has traded at less than realized price for less than six months. This means it may be the right time for a Bitcoin bottom.

When it’s below the average, the crypto holders are holding an unrealized loss. The profit or loss will only realize if the holder sells their crypto at that time. If the selling price breaks far past the moving average, it will show that Bitcoin has moved on from the bottom.

The Bitcoin balanced price is the difference between the realized price and the transferred price. It uses the formula:

We use the transferred price to determine a reasonable lower bound for crypto prices. Since the realized price is an average, we use it to find the upper bounds. The formula finds the fair valuation of crypto between the upper and lower bounds of crypto prices. Bitcoin’s balanced price is approximately $17,000, so the crypto would need to fall almost 20% to reach this price.

This is a significant price drop. Usually, the lower and upper bounds are much closer together because sellers want the best value possible. It proves a Bitcoin bottom is happening or has already passed. The last time Bitcoin’s balanced price was around such a low number was in late 2020. This was before prices reached the highest they have ever been, signaling that a big change is coming.

4): The Federal Reserve may slow down rate hikes

Increased interest rates would curb consumer spending, and it would slow the market recession. This affects the Bitcoin bottom as well. More spending increases the BTC price, allowing the crypto price to stabilize. That lets Bitcoin holders confirm that the Bitcoin bottom is over

With the slowing of interest rates, the Federal Reserve gives Bitcoin more time to confirm a bottom. Holders now have more time to sell all of their Bitcoin, which will increase the price above the average.

Furthermore, more loans give them extra capital to buy into Bitcoin at a low price when they see an opportunity. A flood of new investors will turn BTC prices around and confirm that the BTC bottom passed.

Reasons why the Bitcoin Bottom is not in yet

Contrary to what you just read, there are several reasons why the Bitcoin bottom may not be in yet as well.

1): Bitcoin price has still not traded above its moving average

Bitcoin price is still below its moving average this month, despite several attempts for the crypto to get above it. The cryptocurrency is struggling to get above the $20,000 resistance level. After three failed attempts, it seems like Bitcoin is just not strong enough yet to recover. It may need another round of major sell-off before getting past the resistance.

The number of tries to reverse the current bear market prices is important. Three peaks in the same area above the average price show a permanent price slide. Financial experts call these three high peaks (with pullbacks between them) triple top.

The triple top demonstrates that buyers have taken control of the price action. When buyers are in control, the flip to a bull market is in. The opposing event, a triple bottom, shows that sellers have the upper hand. The Bitcoin price is still hitting prices at the lower bounds of the moving average.

Black swans are impactful events that occur to the surprise of everyone but were predictable in hindsight. The FTX exchange collapse is an ongoing example. FTX filed for bankruptcy in November. Ex-CEO Sam Bankman-Fried issued a public apology for his irrational decisions. Over 1 million registered users suffered losses, and a similar event could impact Bitcoin.

Suggested Reading: Black Swan Theory - What is it and why does it mater?

With FTX making headlines before its US House committee hearing on December 13, we’re reminded of the volatility black swans can cause. A black swan event is very difficult to prepare for, and it could delay a bullish price reversal for Bitcoin. There is potential for anything to happen before Bitcoin reaches its true bottom.

RSI stands for Relative Strength Index. Its score for Bitcoin is released both weekly and daily. Cryptocurrency is overbought when it has a score above 70. It's oversold when it scores below 50. Anything in between is a neutral score. The Bitcoin RSI fell to 25 in June 2022 and is now sitting around 30.

The weekly RSI scores aren’t pointing to a strong bullish reversal of sales for Bitcoin. The score divergence from June to the present doesn’t have much of a divergence. Without significant upward movement, it’s hard to say that the Bitcoin bottom is definitely in.

We can also use historical data to argue that the weekly RSI hasn’t had enough time to show noteworthy data. In the past, RSI market corrections for Bitcoin took 413 days and 364 days respectively. The current correction has lasted less than 400 days. It may take another several weeks for prices to correct themselves.

Will Ethereum reach the price of Bitcoin?

With its prices down, crypto enthusiasts are wondering if Ethereum will ever take over Bitcoin’s top spot in the market. To clearly answer if Ethereum will ever reach or surpass the price of Bitcoin - it’s possible, but not anytime soon. There are several reasons why ETH won’t be experiencing The Flippening’‘, as some like to call it.

Ethereum isn’t the most stable crypto in 2022 either, though. In June 2022, it fell all the way down to $881. Currently, the Ethereum price has stabilized and increased to approximately $1,250 USD. ETH and BTC have gotten close in price before when BTC dropped nearly 41% and ETH increased market dominance by 30%.

Ethereum and Bitcoin serve different purposes but share a close relationship. ETH is often called digital oil as it can be used to fuel all kinds of blockchain projects, like NFTs. Investors call Bitcoin digital gold, as holders hold it in high regard for storing value long-term. Ethereum uses the proof-of-stake model, while Bitcoin uses proof-of-work.

Still, they have a correlation of 0.84, as investors put money into both cryptos to diversify their portfolios. Their correlation makes it unlikely for ETH to surpass BTC price. However, experts predict that ETH prices may skyrocket by 2030, giving it a slim chance to overtake Bitcoin.

Can we ever time the Bitcoin bottom?

Looking at past Bitcoin price action, it may seem easy to draw firm conclusions about how long Bitcoin bear markets last. However, it’s a myth that Bitcoin moves in a predictable cycle caused by “The Halving” every fourth year.

So how does one time the market for optimal profit potential? That’s a good question.

We don’t know the answer to that and anyone claiming they do is lying. All we can do is analyze the data available and make the best decision possible using that data. Furthermore, it helps to take a risk management approach to invest.

We recommend keeping the majority of your funds in safe, stable assets with consistent growth. Take YouHodler yield accounts for example. Then, allocate a smaller portion of your funds to riskier but potentially profitable strategies. This way, you are protecting your portfolio while still exposing it to growth opportunities.

YouHodler can help you with this and more. Of course, it all starts with buying crypto and we can say, now seems like a good time to do so.

Disclaimer: The content should not be construed as investment advice and does not constitute any offer or solicitation to offer or recommendation of any investment product. It is made available to you for information and/or education purposes only.

You should take independent investment advice from a professional in connection with, or independently research and verify any information that you find in the article and wish to rely upon.

BUY BITCOIN
About the Author 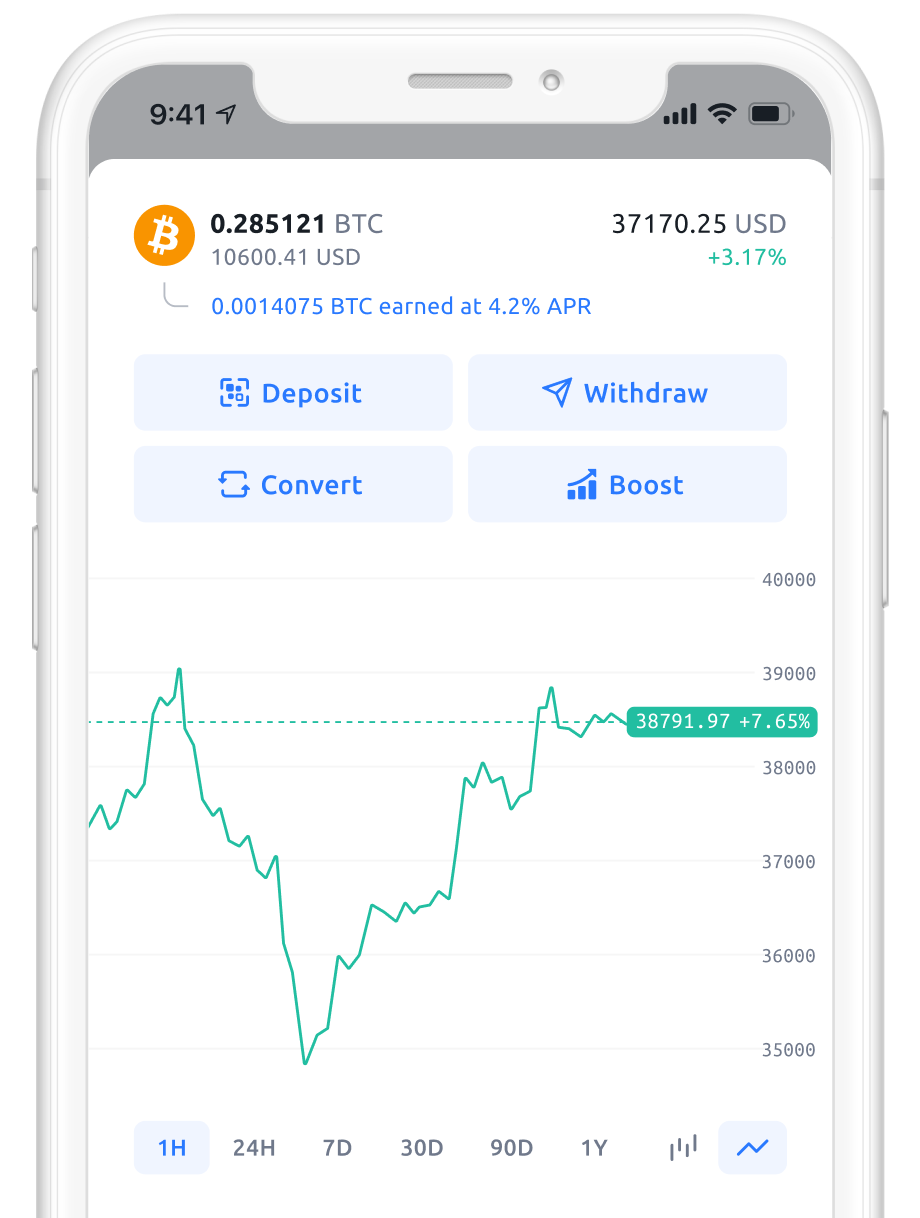